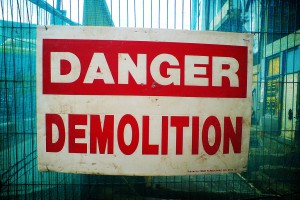 Forced  mergers that will soon hit councils across New South Wales are in danger of failing and risk creating “direct impacts” to key services including rubbish collection, building applications, land zoning and even cemetery and burial services.

That’s the blunt assessment from two former Queensland state government ministers who have warned that a paucity of data and sentiment analysis in that state’s forced mergers “sowed the seeds for ongoing distrust of the new Queensland local governments” after local customer service centres in merged entities were shut to extract savings.

The pair’s strong views on forced mergers are contained in a frank white paper analysis being circulated by Brisbane-based data and information analysis firm Glentworth – which is clearly vying for commercial opportunities to help soften a hard landing in community sentiment for the Baird Government.

The document is certainly not your standard feel good marketing pitch.

“Queensland saw the greatest resistance to amalgamation in the smaller communities that were fearful of their services and voice diminishing at the hands of a larger community,” the analysis says.

“For many Queensland communities these fears were realised with the closure of local customer service centres [which] rightly gave…the impression that local service delivery was no longer a priority.

“While the economic assessment made sense, the changes immediately impacted on the proposition of a united region and sowed the seeds for ongoing distrust of the new Queensland local governments.”

The ham-fisted delivery Queensland’s local government reforms by the Beattie and Bligh governments are widely regarded as a significant contributor to the size of the landslide swing against the long sitting state Labor government – a swing reversed in just one term after massive public sector jobs and spending cuts.

At the core of public hostility was that despite local electors being promised improved council services and more affordable rates from forced mergers, many council services deteriorated badly and in some cases rates were forced-up.

In Queensland the issue of service deterioration was so visceral that former Queensland Premier Campbell Newman used it to campaign on an election platform of giving merged councils an opportunities to separate following new referenda.

The instructive, bipartisan advice from Crisafulli, Finn and Glentworth is that the real heartache in forced mergers lies in the messy business of core data systems integration, an area of potential cost blowouts that has been largely absent from the public discussion about the Baird government’s campaign to get both councils and the community on side.

“Once a decision is made to amalgamate there must be a level of planning to ensure a successful transition. As a consequence of poor planning, many councils in Queensland are still paying a high price (cost, time and reputation) for not planning the integration of their information and data,” says.

While savings of around $2 billion have been claimed for forced mergers in NSW, the true cost of integration remains somewhat unclear.

One option known to be open to the Baird government is to use the merger process as a catalyst for a state-wide cleanout and standardisation of councils’ technology and management systems, a move that could achieve much greater transparency of local government performance.

NSW Finance Minister Dominic Perrottet has already indicated he is willing to allow councils – as well as other jurisdictions – to use the state government’s online procurement system to obtain better pricing and value for money by accessing whole of government discounts and bypassing the costly public tendering process.

Crisafulli, Finn and Glentworth argue that pursuing quick savings in council mergers could actually produce unintended costs down the track.

“Local governments should not seek to realise economic benefits immediately at the expense of creating a new cohesive community. There will be no long-term economic benefits if the communities are ungovernable because of division,” their analysis white paper says.

“Economic benefits derived by amalgamation need to be realised over the long term, not the short term.”