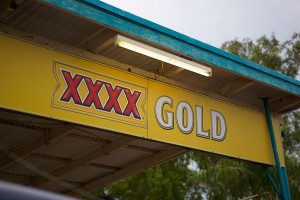 Thirsty Sydneysiders have been spared the bother of travelling to Brisbane to stay out drinking until daylight: Queensland is getting its own lockout laws.

The Sunshine State’s  Labor government has followed the precedent set by the New South Wales Coalition by introducing tough new restrictions on after midnight trading hours and late night takeaway alcohol sales in a bid to stop brawls and opportunistic ‘one-punch’ assaults on unsuspecting victims.

Premier Annastacia Palaszczuk secured the passage of the controversial new laws that will force pubs, bars and clubs to stop serving at 2am – or 3am in designated late night entertainment and nightclub precincts – after finally securing the support of the Katter Australia Party and marathon sitting that went into the early hours of Thursday morning.

The crackdown on all-hours pub trading comes as part of a suite of hard measures the Queensland is imposing on liquor licensees in an effort to curb the level of violence and serious injury that spill out into the streets when venues shut or refuse entry to already intoxicated patrons.

In NSW the lockout laws have been hailed as a major success by the Baird government, police, emergency workers and doctors for substantially reducing serious injury rates.

But they are still weathering a high profile barrage of criticism from parts of the hospitality industry and celebrity entrepreneurs like Freelancer.com founder Matt Barrie – who has penned possibly the longest diatribe yet against the NSW lockout restrictions.

As the NSW restrictions come under review, Queensland’s Premier Annastacia Palaszczuk was temperately celebrating the passage of the new Tackling Alcohol-Fuelled Violence Amendment Bill in her state as necessary and historic step in the right direction.

“Doing nothing is not an option. I’ve spoken to countless doctors, nurses, paramedics, police, parents and grandparents who have urged me to take action to curb alcohol fuelled violence,” Ms Palaszczuk said.

“The evidence is clear: reduced trading hours leads to reduced violence, and that’s what this Bill delivers,” Ms Palaszczuk said, adding that she had come good on a promise made to constituents when in opposition.

However Queensland’s current LNP Opposition is shouting down the laws, as is the licenced venue industry represented by Our Nightlife Queensland that has warned that 6000 of the sector’s 50,000 jobs could be lost.

Our Nightlife Queensland’s Nick Braban told ABC that many of the venues that will be hit are small business “that struggle to pay the rent week to week.”

Rents have also become an issue in the Sydney CBD.

Many newer small-bars and microbreweries are moving to now trendy industrial fringes to take advantage of much cheaper leases and far fewer residents prone to complaining to councils about noise from live music.

Despite despondent patrons like Matt Barrie railing against the effective shutdown of Kings Cross as a 24/7 party zone, residents of the Cross and neighbouring Potts Point appear to be relishing the newfound calm that seems to be sending residential rents and prices even further north.

Avery public reckoning for the NSW lockout laws is set to play out over coming months.

Mr Callinan is perhaps best known for his role in establishing establish the 1980s Fitzgerald Inquiry into police corruption in Queensland resulted in the state’s former police commissioner being convicted and sent to prison along with three ministers.

The similarly themed Woods Royal Commission that followed in NSW in the mid-1990s exposed entrenched corruption within Kings Cross detectives who effectively gave a green light to criminals and drug dealers to operate in the area.

The Callinan Review into NSW final report is due to be handed to the NSW government in August 2016 and a decision on its recommendations due later that year.

Submissions can be made here.