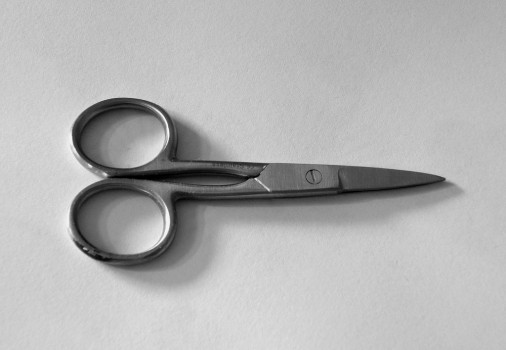 The Australian Public Service Commission (APSC) has released its annual stocktake of the federal bureaucracy with the grim warning that it is now “difficult to predict” how the cumulative impact of successive rounds of job cuts under both the Coalition and Labor will hit staff numbers.

Tabled in Parliament on Monday afternoon, the annual State of the Service report has come good on predictions that public service numbers are already falling, producing a drop from 168,164 Australian Public Service employees at June 2012 to 167,257 employees at June 2013, a fall of 0.5 per cent.

In a sombre assessment of the challenge the APS faces in the years ahead, the public sector’s industrial umpire conspicuously avoided putting a total number on how many jobs are predicted to be lost – but said that “it is clear the APS will undergo a very significant net downsizing over the next few years.”

That observation was contained in a section of the report given the Orwellian title of “Rescaling the APS” in which the APSC drew comparisons with the last wave of mass public service sackings that occurred over three years from 1996.

While that figure is well-established, the most obvious unknown that both the bureaucracy and the Abbott government now face is what would happen if reductions in staff related to Labor’s efficiency dividend – estimated to cost 14,500 jobs – are maintained at the same time as the Abbott government’s pledge to downsize by 12,000 positions through natural attrition.

Although the superficial mathematical answer to that question is 26,500 jobs lost – or a headcount reduction of 16 per cent based on the 2012 staff number – much less clear is how much money the downsizing would save, or whether parts of government could function effectively.

The big budgetary headache for the Coalition now is that in order to make savings from the highly publicised staff reduction target of 12,000 through ‘natural attrition’ it must somehow persuade people who would otherwise be in line for a redundancy to leave without a payout.

While playing a straight bat on the emotive issue, the assessment from the APSC on this front was as bleak as it was frank and fearless.

“Historically, natural attrition is inversely related to the availability of redundancy benefits. The 2013 natural attrition rate is at about the same level as it was between 1996 and 1998,” the State of the Service report said.

The report similarly highlighted differences with how the Howard era cuts were implemented, including the observation that “the government did not implement a ‘recruitment freeze’,” and that “the overwhelming majority of separations were made through retrenchments.”

One of the big ticket structural changes that could potentially take down numbers which has already been mooted by Treasurer Joe Hockey is getting Australia Post to perform many of the retail functions of Centrelink.

The Community and Public Sector Union has immediately taken issue with the proposal, citing potential adverse impacts on clients and staff.

The State of Service report also noted that in the last big wave of downsizing the government continued to turnover to maintain hiring as “engagements continued at a rate equivalent to 5 per cent of the APS workforce throughout this period.”

Those comments give credence to the fears of some senior and upper middle ranking staff that the present “temporary measures to restrict new hiring” will result in more talented and ambitious staff racing to the exits while less productive staff hang-on at all costs.

In a curtain raiser to the May Budget, the APSC has also highlighted some of the costs inherent in structural machinery-of-government changes that are often billed as generating efficiencies and savings.

The State of the Service report observes that that while machinery-of-government provide an opportunity to stress priorities and combine like functions to “exploit economies of scale and scope” they are not necessarily cheap to achieve.

“At the same time, they are disruptive and can be expensive and need to be managed with considerable care,” the report says.

It lists cost pressures including “considerable variation” in employment terms and conditions when transferred staff move onto “more generous” salaries.

However one big cost directly under the APSC’s efficiency spotlight is of “moving employees onto IT and other systems that are different to those of their original agency” – an issue where there is a clear push to wind back longstanding complexity.

“There is legitimate debate at the moment about whether these differences continue to be justified,” the APSC warns, adding that the “original rationale for such differences” was to give agencies sufficient flexibility “to best meet their business needs.”

Tellingly, it notes that work is now underway “to revisit some of these assumptions.” and cites the opportunity to rein-in the number of disparate and incompatible software systems for used for various sorts of management.

But it cautions that “the scope to exploit economies may be restricted by the extent to which agencies preserve significant differences in employee conditions or business processes” and that “It remains to be seen how much scope is currently available to pursue such an agenda in the tight financial environment agencies now face.”