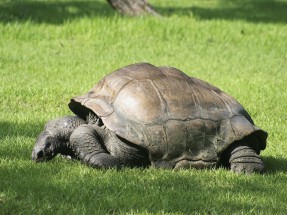 Global advisory and accounting firm Ernst and Young has blasted the Australian government’s efforts to digitise its services to the community and business as “poor”, warning that “the nation’s ability to gain competitive advantage through innovative use of digital technology will quickly be eroded” unless a lack of political and financial commitment is reversed.

A new report — Digital Australia: State of the Nation — released on Monday by the firm report paints a dismal picture of government digitisation efforts to date, highlighting new findings that say that “almost a third of citizens nominated the public sector as providing their worst digital experience, putting it at the bottom of our national rankings.”

But the paper has also produced consternation among policymakers, not least in New South Wales which has been moving at pace to get it’s bureaucracy in step with modern customer expectations.

“Despite some agencies reporting impressive take-up volumes of their online services, Australians remain highly critical of their digital experience with government,” the EY report says.

As first revealed in Government News in March 2015, the EY research cites customer dissatisfaction about the performance and functionality of government-developed smartphone apps from the federal Department of Human Services as evidence that “more is required to meet citizen expectations by improving the digital experience for users accessing government services.”

The EY report also cautions that Australia’s chequered delivery of broadband as a key factor in the nation falling behind its developed peers in terms of digital delivery to the detriment of the economy.

“Australia’s poor digital performance may be attributed to a combination of factors including slow internet speeds and a lack of robust, digital infrastructure. Mediocre standards, poor delivery of e-commerce and a lack of innovation were also cited as reasons for Australia potentially falling behind,” the EY report said.

“This is not just local opinion,” the EY report said.

“In the World Economic Forum’s 2014 Network Readiness assessment — a broad index of digital advancement — Australia was ranked 18th, well behind leaders Finland and Singapore. This lower readiness ranking is due largely to the high average cost of accessing digital technology across the country. In 2014, Australia ranked 7th globally for internet penetration, yet the affordability of our digital access was ranked 49th — more expensive than in the vast majority of developing economies.”

But local opinion is divided. And not everyone is impressed by EY’s rather glass-half-empty outlook of poor performance and delayed delivery.

The office of New South Wales Minister for Finance, Services and Property, Dominic Perrottet, was more than happy to point to the state’s track record of tech savvy innovation, even though it failed to rate a mention in the report.

“I encourage the report’s authors to visit a Service NSW centre to see firsthand the transformation of service delivery,” a spokesman for Mr Perrottet jibed.

Some irritation over the omission is understandable, given the large amount leadership and input the NSW government has provided to Canberra for its new blueprint for online service delivery and digital strategy.

“In 2011, NSW had a customer service network of over 100 call centres, 400 shopfronts, 800 websites and over 8000 different phone numbers,” Mr Perrtottet’s spokesman said.

“Today, Service NSW acts as the single entry for NSW government servicing transactions, taking over 800 transactions from more than 15 different agencies and making them available at one shop front, one phone number and importantly one digital service.

Mr Perrottet’s office stressed that all of those service options “rely on digital technology” — from cloud-based contact centre technology to digital kiosks in-store and of course the online service.”

It also wasn’t about to let the fact that NSW has picked up an international awards for its digital transformation go unnoticed.

“Service NSW was recognised internationally at the 12th FutureGov conference in Malaysia – which brings together public sector practitioners from across the globe. Service NSW won the Connected Government award in a toughly-fought category with submissions from Thailand, Australia, Singapore and Indonesia. It’s done all this while achieving a customer satisfaction rating of 98 per cent,” the spokesman said.

Another senior government advisor called the report “a pretty cheap shot” and questioned why major progress by agencies dealing with geopspatial information, a concerted push to open and release government data sets and significant improvements in emergency services communications and transport hadn’t been called out.

The EY report makes no specific reference to spatial or geospatial information and data even though such systems are now becoming the default standard for new government investments at the coalface of local government that uses it for everything from spotting potholes to monitoring rubbish collection and the condition of equipment in playgrounds.

However the document does call out the recent creation of the federal Digital Transformation Office as one of the “positive indications that the government is taking steps to address our decline in digital advancement.”

Australia’s peak technology industry group is adamant the government can do far more to improve its digital performance, but points to shortfalls in the pipeline of talent that makes digital innovation happen onshore.

“The AIIA remains particularly concerned that the government lacks a focused commitment on STEM [science, technology, engineering and maths] and fostering an effective and robust innovation ecosystem — both critical to our competitiveness and essential to building capability for the careers and jobs of tomorrow,” AIIA chief executive Suzanne Campbell told Government News.

“There needs to be a coherent, coordinated and consistent approach by both state and federal levels of government. A key area is an overhaul of our approach to creating the digital leaders of the future,”

Ms Campbell said that according the AIIA’s own research “less than 30 per cent of respondents thought that the current school curriculum is adequate in preparing students with the skills they need for the future.”