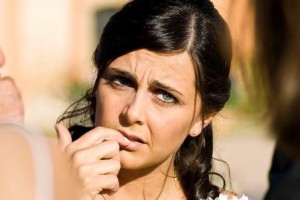 Senior public servants across jurisdictions in Australia have few doubts the digital economy is significantly disrupting their jobs and government services, but 70 per cent still have a serious lack of confidence around whether their organisations can execute against new demands.

That’s the less than rosy message from new global research compiled by consultancy Deloitte that cautions that just 27 per cent of government executives “feel confident about their organisation’s readiness to respond to digital trends.”

The findings are based on a survey of 200 public sector officials in Australia, a subset of a global poll of 1200 mandarins that canvassed sentiment around how public sector organisations are coping with the kind of digital disruption that has up-ended delivery models in sectors ranging from banking, travel and retail.

Dubbed “The Journey to Government’s Digital Transformation” the report reinforces the longstanding perception that public sector organisations lag the private sector in digitally transforming their business.

In the case of Australia’s public sector, the report found that 80 per cent of officials feel the public sector here still trails business in its digital execution.

There’s also an indication that digital readiness and maturity – or lack of it   could well be a generational phenomenon; especially among older senior managers who remember life before the rise of the internet, let alone mobile computing or social media.

Less than half of Deloitte’s Australian respondents – 43 per cent – said their “leadership understands digital trends and technologies.”

At a federal level, the Digital Transformation Office (DTO) has been tasked not only with shifting the understanding of the other 57 per cent along, but also ensuring a digital experience for end users is actually delivered for 80 per cent of customer facing transactions with government by 2017.

“Australia’s public sector has actually been fairly good at moving to digitise many customer transactions, and our governments have come a long way in terms of their commitment to digital transformation. The federal government has certainly demonstrated it is serious about digital, with the recent establishment of its national Digital Transformation Office,” said Deloitte Australia’s National Public Sector and Healthcare Leader, Fran Thorn.

“Interacting with our governments, at federal, state and local levels, should be easy, and certainly as easy doing the same with private sector organisations.”

Part of the lack of confidence problem for government agencies appears to come from an unclear leadership mandate, though the survey was collected prior to the ascension noted digital evangelist, explainer-in-chief and now Prime Minister Malcolm Turnbull.

Deloitte noted that most Australian agencies “use pilots for digital implementation, a deviation from the more pervasive ‘top down from central senior leadership team’ approach”.

The survey report added also cited “insufficient funding, too many competing priorities and a lack of overall strategy” as perceived barriers to greater digital adoption as concerns of respondents.

“Having a clear coherent digital strategy, being user-centric, having a strong digital-first culture and the right tech-savvy workforce skills as well as the right approach to procurement and supplier relationships will all be important if we are to continue to mature,” Ms Thorn said.