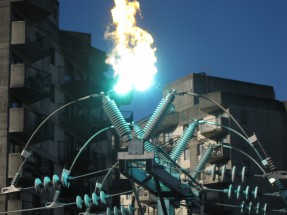 The Department of Human Services and its Minister Senator Marise Payne have deservedly copped a roasting from the Commonwealth’s Auditor General over revelations that more than a quarter of calls to welfare giant Centrelink got an engaged signal, while those that finally got through had to wait in what’s arguably Australia’s biggest phone queue.

But there are far bigger implications for the Abbott government’s Digital Transformation Agenda for government services which arise from the fiasco; and they go to the heart of whether the ambitious project can successfully produce a step change in the quality of public and business interaction with government.

To be clear, Centrelink and Human Services are not on Malcolm Turnbull’s patch or watch as a Minister. Even so, they are now his headache, thanks to the way public expectations and tolerance have been stretched so badly beyond their limits.

The first and biggest problem is that there’s a risk that Australia’s worst 13 and 1800 number phone lines could become an analogy for what Digital Government looks like.

That’s because between the Human Services Minister, the department’s senior management and the Budget Office, somehow it became acceptable for millions of calls to get the busy signal while millions more customers wasted huge amounts of time waiting to talk to a human.

If it was a bank — and Centrelink isn’t that far removed — its customers would have deserted it. But they don’t have a choice, and that’s why the social contract on customer service is different. When government customer service KPIs look like they came from Froggy there is a problem.

The Audit report sharply notes that Centrelink estimated that it would have taken $100 million and 1000 more staff that it doesn’t have to absorb the extra inbound demand for resources. What’s less clear is why the money and staff couldn’t be found given the enormity of the problem and who should ultimately carry the can for that. Talk about cynical cost shifting.

Migrating customers across to digital channels — that’s website transactions, apps and interactive voice response — was never going to be easy given the very high levels of complexity contained within the hairball of benefits, activity reporting, means tests and other mechanisms that have built up over a couple of decades.

Policy changes to the way federal benefit entitlements are assessed and calculated, especially in the first couple of years of a new government, were also always going to drive-up inbound traffic. Especially when Centrelink’s 1980’s underpowered vintage core software systems are factored in.

Then there’s the implausible excuses. A persistent part of the narrative from Human Services public relations triage unit is that its agencies have been developing easy and fast new ways to get customers to use self-service to interact with the government across digital channels — rather than calling the call centre or worse still physically calling into a branch.

True, this can often be quicker, easier and simpler than a human-to-human enabled transaction.

Equally true, sometimes you have to actively steer customers towards new transaction channels so that they get take-up and that take-up sticks … and not everyone will necessarily be happy about it.

Centrelink’s made great progress, but just one look at the negative reviews on Apple’s Appstore of various DHS apps suggests there’s a lot further to go.

And that’s just the front end.

Even if the user interface is seamless, when the underlying business rules that make that transactions happen are complex, confusing and convoluted no amount of digital marketing magic, cutesy kittens or social media grovelling will keep a customer clicking. It’s just  lipstick on a pig.

Centrelink’s existing systems are, by Marise Payne and Centrelink’s own admission, anything but customer centric; rather they are product centric and the inventory is a big horrible mess. So big the McClure report recommended a massive spring clean and an overhaul of Centrelink’s core IT system.

This is where the pub test for accountability breaks down.

Despite knowing about the parlous state of Centrelink’s systems and the convoluted mess that doubles for benefits rules, a conscious decision was made to put people on the digital ship while there was clearly a resourcing deficit on the tried-and-tested backstop call centre channel that costs a lot more money.

What could have possibly gone wrong?

As one of the largest customer-facing entities in not just the government but Australia, this was either crazy-brave, monstrously insensitive or just a really, really dud call by a minister seemingly more interested in pushing ‘gotcha’ style welfare fraud stories to the tabloid media make the government look tough.

The reality is that for millions of Australians, the Centrelink fiasco will have badly damaged public perception and confidence in what the end-user experience of Digital Transformation in government is likely to feel like: think hours of mind numbing hold music.

Turnbull’s key argument in augmenting Digital Transformation is that it will increase the convenience, simplicity and richness of interactions while creating big efficiencies and new opportunities.

That idea does have merit. It is necessary. And there have been conspicuous successes.

The New South Wales government for one, particularly its Finance, Services and Property Minister Dominic Perrottet, is well ahead of Canberra.  He’s proven Digital Transformation can work, does work and is capable of delivering tangible value and improvements to clients, customers and stakeholders.

If the NSW government has a queue, they’ll call you back. They’ll also tell you the wait times at Service NSW face-to-face one-stop-shops. Expectations, digital or otherwise are proactively managed while costs are reduced.

What Digital Transformation should not look like is the Centrelink call centre meltdown where monumental amounts of time are wasted by those trying to access human assistance to execute a routine transaction.

Worse still — and it’s almost certainly not deliberate — the kind of waiting times and dysfunctional under-staffing that Centrelink’s resource starved call centres have generated convey a contemptuous lack of regard from above for what people have to go through.

Many people don’t even differentiate between the public service and politicians. It’s just ‘the government’ that’s useless.

The ‘queue from hell’ scenario also connotes a mentality within parts of the the Abbott government that Centrelink’s customers are lazy, stubborn and will try to continue to use slower, more expensive analogue and face channels rather than trying to learn newer digital ones unless they are essentially forced across by virtue of untenable wait times.

They’re leaners, not lifters, so they can wait. Too bad if you’re vulnerable. The age of entitlement is over.

What this tells us is that some of those who allocate funding (as well as those who seek it the political level) are so severely out of touch with what people expect and will accept from their government in terms of customer service that they’re a liability rather than an asset when it comes to making savings through digital government and the digital economy.

If customers are hitting the call centre to the point that the lines are engaged, alarm bells should be ringing very, very loudly.

Consider this. Australians, young and old, have historically taken to digital communications and the digital economy like ducks to water. Our banking sector has led the world in digital service delivery and electronic transactions as have other service industries.

As a nation we literally can’t get enough fast internet, apps, social media or online services and we vastly prefer mobile devices to anything lashed to a fixed line.

Implicit in the idea that Centrelink’s customers would try and dodge self-service by using call centres — the second last resort when it comes to making things happen — is a strong negative message that wholesale Digital Transformation at a federal level could prove to be a forced march based on cost cutting and a massively frustrating experience.

The travesty is that Leonid Brezhnev era Eastern Bloc phone queues could have been avoided by allocating Centrelink $100 million to where it was needed the most, not to mention the productivity cost of 143 human years spent by customers on hold.

There have already been plenty of policy backflips between the first and second Budgets of the Abbott government to show it’s capable of listening.

One more, by putting sufficient bums on Centrelink call centre seats to cope adequately with the load, might be prudent insurance.

Especially if Tony Abbott and Malcolm  Turnbull want to get Joe Public and Public Service  buy-in for their grand digital government agenda, due by 2017.