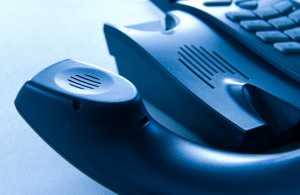 That’s the bleak picture an Australian National Audit Office report has exposed of the experiences of millions of Centrelink customers calling into the welfare giant, where on-hold times have ballooned from around 3 minutes to an average of more than 16 minutes — and that’s if you can actually get through.

In a document [pdf] that is set to become the official ‘how not to’ guide for resourcing customer service, the ANAO has revealed that more than a quarter of the calls made to Centrelink’s ‘13’ and ‘1800’ numbers never even made it through to the switch and got a busy signal instead.

The National Auditor found that of 56.8 million calls made to Centrelink dedicated numbers in 2013-2014, “13.7 million calls were unable to enter the network, that is, the calls were blocked and the callers heard the ‘busy’ signal.”

Imagine what would happen if that was a bank.

Talkback radio has for the past few years been ablaze with complaints about huge Centrelink waiting times as customers try to grapple with the consequences of ever shifting welfare reforms, but now the official statistics are in on how long the waits can really be.

Centrelink managed a miserable average waiting time of 16 minutes and 53 seconds for its customers, a figure that is likely to underplay even longer times many customers have endured trying to get through to a human.

(If you’ve ever wondered how government on-hold music is selected, this Government News investigation reveals all)

Worse still, for the 43 million calls that didn’t get the busy signal, the ANAO estimated that “around 30 per cent, were abandoned; that is the customer hung-up without resolving the reason for their call.”

And while Centrelink and the Department of Human Services are making inroads into getting customers to help themselves via online channels, apps and interactive voice response, the bottom line appears to be that there are simply too few staff and resources to deal with the call volumes that still flow when complex issues need to be resolved.

The Audit report said that although Human Services “currently meets its agreement with Government through its Key Performance Indicator (KPI) for telephony which is answering calls with an average speed of answer of 16 minutes” the welfare behemoth said that those benchmarks were “dictated by the funding available for the department to meet its obligations.”

“The department has estimated that to reduce the KPI to an average speed of answer of 5 minutes, it would need an additional 1000 staff at a cost of over $100 million each and every year.”

But even arriving at an agreed benchmark of a 16 minute wait time has raised eyebrows in other government agencies as to how such a length of time could be acceptable to both a minister and customers.

The Audit Office noted the single benchmark may not be the most meaningful either.

In New South Wales, where Service NSW is leading the charge to make dealing with government easier, it is understood that agencies have been set a target of 80 per cent of calls to be picked up within a minute with callers advised of wait times after just 2 ½ minutes.

Callers in NSW are also offered a call back option within the estimated wait time — with not one but two attempts mandated to be made to them in that period.

Apart from avoiding ‘sweaty-ear-syndrome’ a key reason that government and corporate contact centre operations are opting for call backs is that there has been a huge increase in the number of inbound calls coming from mobile handsets over fixed lines.

The displacement of landlines by mobiles is a critical issue for people on restricted and lower incomes because long waiting times can result in inflated phone bills or calls that cannot otherwise be made if outbound calling restrictions are imposed, as usually occurs on prepaid accounts.

That issue was also canvassed by the Commonwealth Ombudsman in an investigation into an escalation of complaints against Centrelink in 2014.

The malaise of long hold times is also a widely acknowledged cause of customer hostility towards call centre staff who have no control over waiting times.

The union that represents Centrelink’s call centre staff, the Community and Public Sector Union, wasted no time in placing the blame for Centrelink’s predicament squarely at the feet of the government and ongoing public service staffing cuts – made by both sides of politics.

According to CPSU National Secretary, Nadine Flood, the ANAO report merely validated what the union and its members have been warning the governments about “for years”.

“You cut staff and services will suffer. This is what years of so-called Efficiency Dividends that cut jobs looks like — longer wait times for clients and more stress for the staff who are on the receiving end of frustrated clients waiting longer,” Ms Flood said.

“These cuts started under the previous [Labor] government and Prime Minister Abbott has only made it worse. To listen to the government, you’d think the public service is some sort of huge, bloated bureaucracy on easy street. This report on Centrelink shows that is a million miles away from reality.”

Or maybe a million minutes, if you’re calling in.

The CPSU’s main beef is that demand for Centrelink’s services is continuing to grow while its workforce shrinks.

“In five years, Human Services has cut almost 5,000 jobs in call centres and in-face service centres and yet in the same period staff are answering roughly three million extra calls a year. The demand goes up as more people call, with our population up by 6 per cent or 1.5 million. The maths just doesn’t add up. We know that, our members know that and the Audit Office has finally confirmed that.”

The Audit Office has also acknowledged that the sheer scale and volume of Centerelink’s call centres put them in a class of their own.

“In 2013–14, the department handled 43.1 million telephone calls for Centrelink services — an average of around 800 000 calls per week — at a cost of some $338 million. The large volume of calls handled by the department is unique in comparison with other Australian call centres in either the public or private sectors,” the ANAO said.