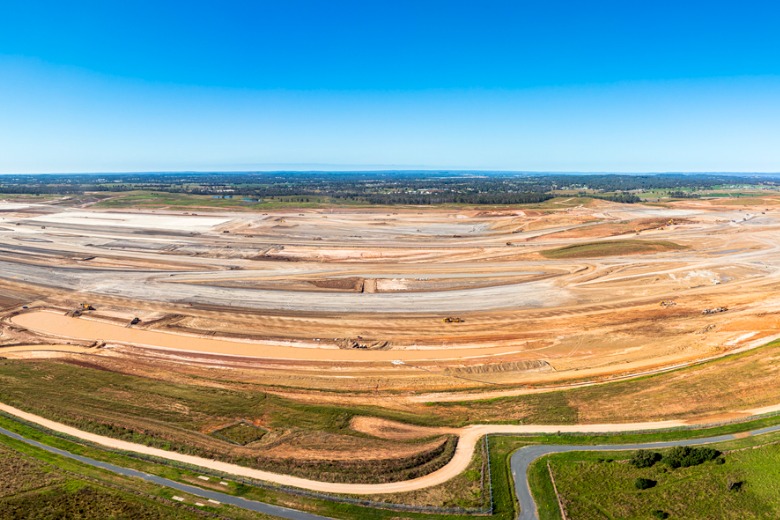 The purchase of land for the future Western Sydney Airport has been described as a failure of public administration.

The Commonwealth breached the social contract between the government and the public in its controversial purchase of land for the Western Sydney Airport, a NSW parliamentary report has found.

If ever there was evidence of the need for a federal anti-corruption body, this is it, the Upper House Finance and Public Administration Committee says.

The planning, construction and management of the Western Sydney Airport, being developed on approximately 1800 hectares of Commonwealth-owned land at Badgerys Creek about 50km from the CBD, was referred to the committee late last year.

The committee also looked at the $30 million purchase, by the federal Department of Infrastructure, of a parcel of agricultural land known as the Leppington Triangle, for what turned out to be ten times its market value.

“It is clear that this transaction has breached the social contract between the Commonwealth and the public, by not providing any clear value for money and by creating arbitrary differences between landholders with varying degrees of access to decision-makers,” the committee says in a report tabled in parliament this month.

It is clear from … the serious administrative and acquisition issues around the Leppington Triangle purchase, and other recent examples of public administration … that a federal integrity body must be established as a matter of priority

“It is also clear from the views put forward during this inquiry, from the serious administrative and acquisition issues around the Leppington Triangle purchase, and other recent examples of public administration … that a federal integrity body must be established as a matter of priority.”

The 12.26 hectare Leppingon Triangle was bought by the department’s Western Sydney Unit for almost $30 million in July 2018 to provide additional land for a second runway at the airport.

A report on the purchase of the land, released by the national audit office on September 21 2020, raised questions around the integrity of the acquisition and raised questions about whether probity requirements had been followed.

It concluded that the valuation approach taken by the Department was ‘not appropriate’ and that it ‘inflated the value of the land’ leading the government to overpay.

The committee backs the findings of the ANAO report, saying it provides “clear evidence of the failings in administration by the Department of Infrastructure, in the purchase of the Leppington Triangle land”.

It adds that the episode highlights the need for a federal ICAC.

“The Labor government has committed to establishing an independent and powerful national integrity commission,” the committee says.

“This commission will promote proper public administration and provide a vital accountability measure to rebuild public trust in the administration of Commonwealth funds.

“It will also ensure that any future significant Commonwealth transactions, like that of the Leppington Triangle, represent value for money for the taxpayer and adhere to the relevant Commonwealth procurement rules.”

March 2012 – Land in Badgerys Creek is identified as the best site for a second Sydney airport. The land is acquired by the Commonwealth

Sept 2018 – construction of the airport begins

2026 – Airport operations are expected to start