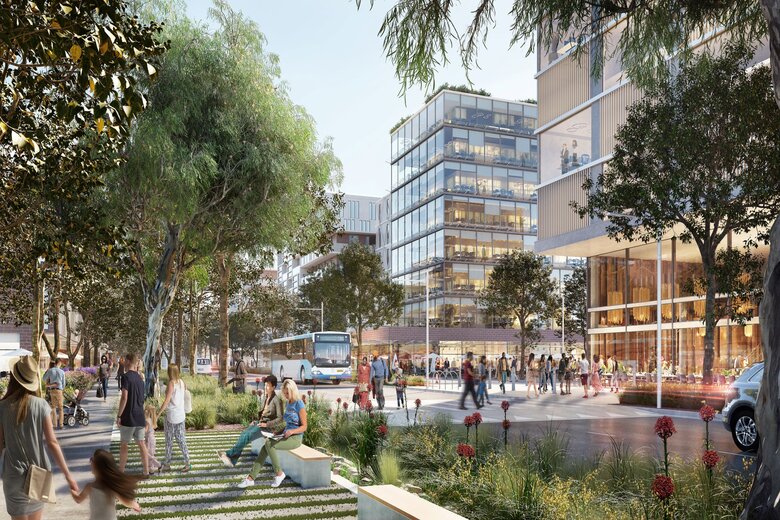 The independent community commissioner for the proposed Western Sydney Aerotropolis says the government needs to improve communication with residents after finding uncertainty, confusion and lack of clarity around rezoning.

Professor Ryan, an academic and public policy expert, was appointed Independent Community Commissioner in May to help address the concerns of landowners affected by rezoning in the Aerotropolis.

Since then, she has met with more than 100 landowners from the initial precincts (Aerotropolis Core, Badgerys Creek, Wianamatta-South Creek, Agribusiness and Northern Gateway) as well as other areas that were not included in the first stage of precinct plans (North Luddenham, Dwyer Road, Kemps Creek and Rossmore).

Her report released last week says uncertainty and confusion about the government’s land use planning is rife among the community.

“A common theme I heard was a high level of distress caused by uncertainty and poor communication,” Professor Ryan said.

“Many feel the rezoning of their land has dramatically reduced the value of their property – which may be their only asset. For others, the rezoning has increased their land value and their local council rates have sky-rocketed into the tens-of-thousands-of-dollars that few can afford.”

There was “significant distress” among many small landowners due to uncertainty around the future use of their land, she said.

“This limits their ability to make informed decisions about investment, their future in the Aerotropolis and the sale of their property.”

Professor Ryan said she also found a lack of clarity about which agency had overall responsibility for planning and delivering the Aerotropolis.

The recommendations for communication and enagagement require sharpening of the focus on place, a change of culture within agencies working in the Aerotropolis… and putting the community at the centre of the ongoing changes.

“The recommendations for communication and engagement require sharpening the focus on place; a change of culture within agencies working in the Aerotropolis towards more coordinated actions; and putting community at the centre of the ongoing changes that will take place at the Aerotropolis,” the report says.

“While this should be immediately ramped-up, efforts also need to be sustained for the long-term as the Aerotropolis develops in the coming decades.”

The report outlines 40 recommendations to support local landowners and identifies three areas for improvement: communication and engagement,  responses to specific impacts on landowners and ongoing support.

Most of the 40 recommendations have been supported by the government, including amending the Aerotropolis SEPP and rationalisation of Environment and Recreation zoning.

The report says there are concerns that E&R zoning will make land unsaleable, with uncertainty about acquistions.

It report says rationalisation should be based on flood modelling, biodiversity certification and identification in the Cumberland Plain Conservation Plan.

“Where the E&R zoning extends to 25 per cent of the remaining land beyond the … flood affection and this impact makes the lot unsaleable, this land is to be acquired,” it recommends.

She also calls for a formal collaboration between DPIE and Liverpool and Penrith Councils, and a strengthened role for the Western Sydney Parkland Authority which is responsible for delivering the Aerotropolis.

Catherine Van Laeren, executive director of the Central River City and Western Parkland City,  said the report was an important step forward in creating a fair and equitable way for smaller landholders to participate in delivery of the Aerotropolis.

“Implementing these (recommendations) will require significant additional government resources and the resolution of outstanding planning matters, resourcing and the coordination of agencies working in the Aerotropolis,” she said.

The government has released an initial response, saying it’s committed to working with the community.

Minister for Planning and Public Spaces Rob Stokes said the Western Sydney Aerotropolis was one of the biggest projects in the state’s history.

“We will provide a more detailed whole-of-government response in the next couple of months,” he said.

Detail will also be provided on changes to planning documents including the Precinct Plans and the State Environmental Planning Policy, as well as a response to recommendations on the E&R zone and the open space network.

The government says it has extended Professor Ryan’s appointment and is also reforming the Community Liaison Group as the Community Consultative Committee (CCC).

“My role as the Community Commissioner has been extended to oversee the implementation of my recommendations. I look forward to continuing to advocate for small landowners in the Aerotropolis,” Professor Ryan said.