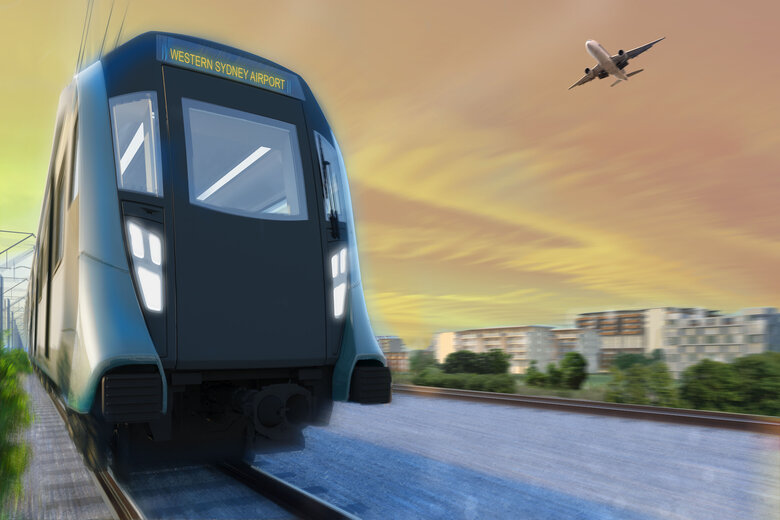 The Western Sydney Airport Metro line will take passengers from the airport to the Aerotropolis in five minutes and to St Marys in 15 minutes.

The NSW government has given the green light for construction of the Western Sydney Airport metro line to go ahead.

It includes a metro service between St Marys and the Aerotropolis; six new stations; a stabling, maintenance and operational centre; and infrastructure including car parks and active transport connections.

Urban infrastructure minister Paul Fletcher announced on Sunday that planning approval has been granted for the project, which he says will transform the way western Sydney connects to the rest of the city.

The multi-billion dollar line is being co-funded by the Commonwealth government and is being delivered under the Western Sydney City deal involving the federal and state governments and eight western Sydney Councils.

Mr Fletcher says once it’s operational, the new Metro is expected to transport up to 7,740 passengers an hour in each direction, taking about 110,000 vehicles off local roads every day.

Transport minister Andrew Constance said the project was shaped by community feedback and would deliver many benefits.

“This city-shaping infrastructure will deliver a vital boost to the NSW economy, with the construction of Sydney’s newest Metro rail line expected to support around 14,000 jobs, including 250 apprentices,” he said in a statement.

Meanwhile Minister for Western Sydney Stuart Ayres said the metro line was the backbone of further development of the Western Parkland City.

Mr Ayers said the line will take passengers from the airport to the Aerotropolis in five minutes and to St Marys in 15 minutes with trains arriving every five minutes.

“The initial operating capacity will see trains travelling in both directions every five minutes during peak periods, so customers won’t need a timetable,” he said.

The government hopes to award the contract by the end of the year and have tunnel boring machines in the ground by the end of 2023.

Commonwealth approvals for Sydney Metro’s rail development work within the boundary of Western Sydney International Airport are expected in the coming months.