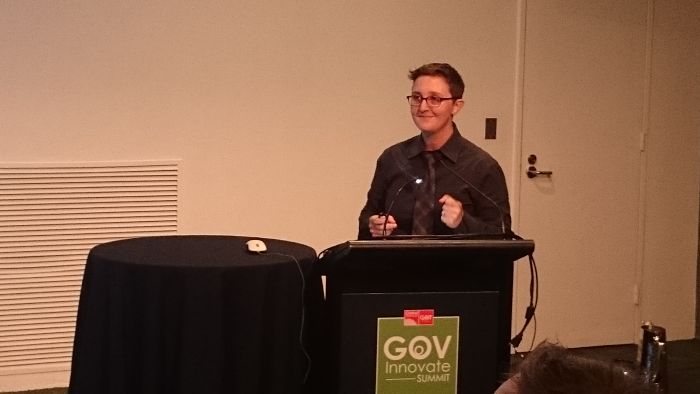 The Americans stole the show on the first day of the GovInnovate conference in Canberra this week. 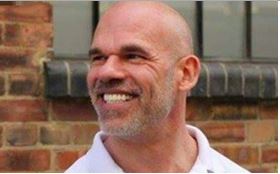 Ms Hartley, who was recognised in 2013 by President Barack Obama as a US government Presidential Innovation Fellow, was in Canberra to share her experiences of turning government services upside down to make it faster and simpler for ordinary people to interact with government.

Her projects have included rescuing the US service HealthCare.gov, speeding up the immigration service for the US Citizenship and Immigration Services and improving benefit claims at the US Department of Veteran Affairs.

“I’m not doing this just to have shiny new services. I’m fundamentally doing this because I want people’s lives to be easier,” she says, describing herself as an “impact junkie”.

For example, streamlining immigration made a real difference to some people’s lives by making it easier and cheaper to apply for citizenship.

“It’s a critical, stressful step in people’s lives that shouldn’t have to be dependent on lawyers and experts,” she says.

Her company drastically cut the 1500-page tender document down to 70 pages, with 10 pages dealing with the statement of work and the other 60 being the compulsory legalese accompanying it. The result was that a much larger pool of vendors submitted tenders, about 200, with smaller providers benefitting in particular.

Another service, analytics.usa.gov provides statistics for different government websites. It tells government departments which pages are the most popular, as wells as the devices, browsers and operating systems people are using.

The digital service she founded, 18F, sits within government and functions as a consultancy for government departments and agencies with an emphasis on having similar agility to a start-up company. It helps government become a savvier buyer of technology and develops services to help make government more efficient.

She quotes Todd Park, ex-US Chief Technology Officer’s approach to problem solving: “Do want you would if you were in the private sector and we will blow up the barriers in the way.”

Her four pillars of digital transformation are: services, platforms, procurement and training. There is also a real emphasis on sharing code publicly, whether it’s with other levels of government or international governments.

“You have to give people a new way to see their problems, new methods of investigation and when you do that expectations start to change and you see the culture start to shift,” she says.

Part of this cultural shift is to give people to freedom to come up with ideas, try them out and also possibly to fail.

“We build trust and confidence in methodologies and reduce anxiety about the unknown. [We say] ‘This is safe. You’re not going to get into trouble doing it this way. In fact, it’s better, smarter, cheaper and faster’.”

Procurement is an important part of her work and has involved developing agile blanket purchasing agreements, micro purchasing and auctions for small pieces of code.

“We are saving in little bits along the way.  We’re changing the way the US builds, buys and shares government digital services [and] we’re saving the government tens of thousands of dollars.”

After her presentation Ms Hartley was in conversation with digital whizz Paul Shetler, the two Yanks obviously enjoying each other’s company, in what was billed as a “fireside chat”.

Each of them discussed their ICT and change management careers and how they had achieved results.

Mr Shetler explained that he had built teams of people and developed their skills, changed ICT procurement policy and used platforms across governments, so agencies and departments did not have to be building them over and over again.

Open source by default, was the message of the day.

“We want any and everybody to be stealing our code,” said Ms Hartley.

Mr Shetler agreed and revealed that he pinched U government code to set up the DTA’s new digital marketplace for procurement.

Attracting tech talent into government was another important message.

Mr Shetler said: “[We] create a sense of purpose and bringing people back to why they joined government in the first place.

“One of the reasons why I’m really optimistic about DTA is that we’re here to change the material circumstances in which the public service operates.”

Ms Hartley chipped in: “These are hard problems that people want to work on.”

Both of them also agreed that having a champion inside government created a ripple effect and made change happen in workplaces.