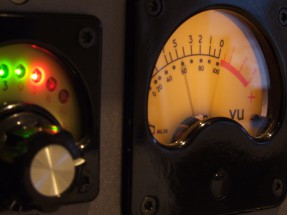 The alleged introduction of controversial “biometric” call monitoring and performance management software into frontline client services at the federal Department of Human Services has erupted into a fresh industrial dispute between staff and management.

The Community and Public Sector Union (CPSU) on Thursday accused management at the welfare giant of shirking their legal obligation to consult with staff over the rollout of the new system dubbed ‘MTS’.

In a bulletin to members the CPSU said that it had given formal notification of a new industrial dispute over what it claims are moves to “implement powerful new monitoring and performance management technology across SMART Centres without releasing all relevant documentation or consulting with staff.”

The new row comes on top of a long-running industrial dispute over enterprise bargaining that remains deadlocked as legally protected industrial action continues.

A major point of conflict in the latest dispute appears to be the introduction of what the union says are “linkages to Telstra’s global ‘Telephony Carriage Services’ enabling work to be moved to private companies anywhere in the world.”

It’s still unclear how any prospective move by Human Services to offshore call centre operations which deal with the personal information of Australian clients would clear extensive and powerful caveats that span across not only privacy laws but data sovereignty rules laid down by the Attorney General’s Department.

However the CPSU bulletin to members said that it had learned that Human Services wants to introduce “automatic and compulsory call recording” as well as management systems for “Work Force Optimization.”

It also cites the Orwellian-sounding introduction of recording using “Voice Biometrics” the that union said “tracks the way you and customers talk on the phone.” 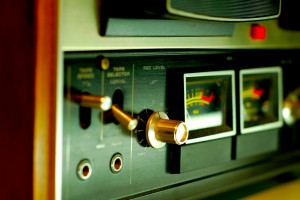 Centrelink is already regarded as one of the public sector’s most mature users of voice biometrics, more commonly called voice authentication, for the purposes of client identification for self-services functions, especially on interactive voice response systems.

However any extension of voice biometrics to the behavioural analysis of clients and staff — if it indeed planned — appears to be a new development for the government that would raise a myriad of questions.

Private industry, especially insurers, has for at least a decade used a combination of carefully constructed scripted questions on as part of their call centre services in an effort to detect fraud or anomalies in claims – sometimes in combination with voice biometrics.

The voice scanning systems can also be used to detect abusive or distressed callers and can prompt supervising staff to listen into calls to help determine what course of action to take next and authorise it.

Whatever Human Services is planning, the CPSU is demanding that it be consulted over workplace changes and has called on the agency stop its implementation plans and “release to staff and CPSU all relevant documentation on the proposed MTS system, its technology and capabilities, and support consultation before any decision is made.”

The union has also demanded that Human Services guarantee the new “technology and call recording will not be used in performance management.”

Human Services needed to meet “their Fair Work Commission commitment to consult on proposed MTS technology” the CPSU said. The union is currently polling staff to determine whether to start a campaign against the technology.

Government News has approached Human Services for comment on the CPSU’s action and claims.