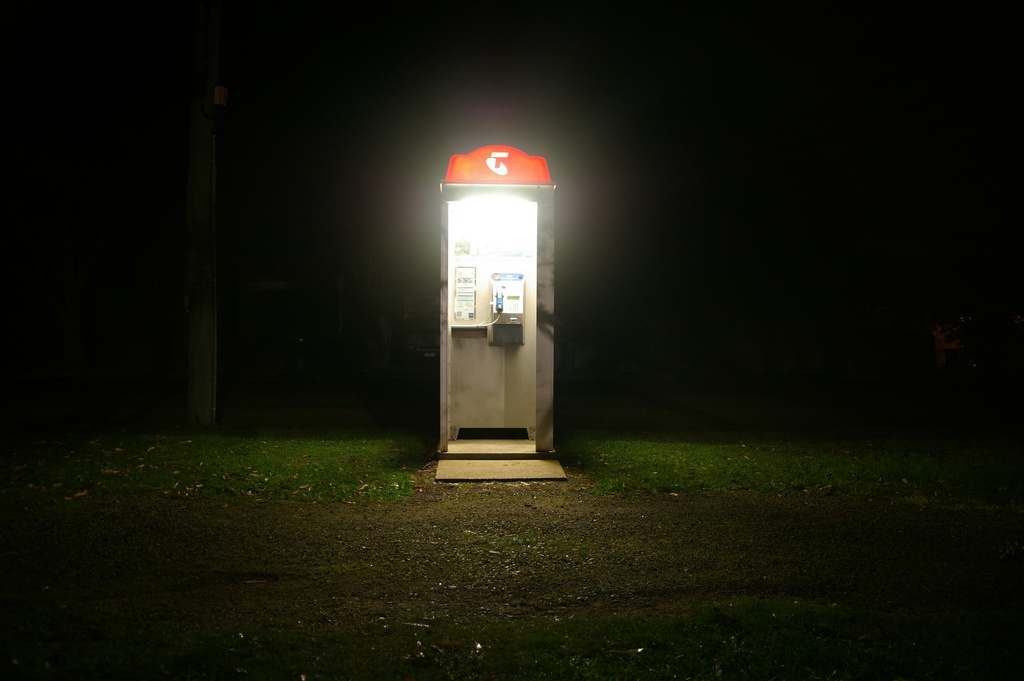 Telstra chief executive David Thodey might have told investors and consumers the carrier’s call centre jobs may not exist in five years . . . but that hasn’t stopped the privatised former government monopoly dispatching staff into one of the Commonwealth’s biggest phone rooms, the Department of Human Services to cut costs.

The national carrier is preparing to imminently send its change management agents into the social security juggernaut as part of a big push to wean millions of Australia’s welfare recipients off making calls to humans and onto more cost efficient digital channels to save millions.

Under the new arrangement, it is understood that Telstra staff, or potentially those of a “third party provider” would sit cheek by jowl with DHS staff as they try to steer callers to ostensibly quicker and easier ways to resolve their inquiries rather than picking up the phone.

An as yet unverified internal DHS announcement to staff “proposes partnering with Telstra to deliver call centres services for the Department of Human Services under the department’s established telecommunication arrangement” with the deal kicking in from October 2014.

“This would see Telstra, who may also work with a third party provider, work side by side with the department as a trusted partner, not only delivering services, but providing insight into industry best practice due to their position as an expert in contact centre management,” the apparently leaked document suggests.

Unions immediately slammed down the receiver on the push, blasting it as a “decision to outsource Centrelink and Medicare call centre work putting thousands of regional jobs at risk.”

“There is a real and growing fear among workers that this government is hell bent on breaking up and selling off chunks of the public sector to its big business mates. Tony Abbott’s own Commission of Audit set a blueprint for outsourcing and now this Government is wasting no time in acting on it,” said Community and Public Sector Union National Secretary, Nadine Flood.

“We have seen it with the decision to outsource Medicare payments to the private sector and now we are seeing it with Centrelink work going to Telstra.”

But both the carrier and DHS have have stridently rejected the CPSU’s claim that either have “entered into a contract with Telstra starting next month” with the “potential to impact 7,000 call centre staff in 28 sites across Australia, based mainly in regional centres and suburbs.”

“Telstra has not entered into an agreement to take over contact centre services for DHS,” a spokeswoman for Telstra said.

“We are currently discussing a potential pilot out of the Department’s call centres in Bunbury and Queanbeyan to help improve contact centres services. This does not result in any job losses for DHS.”

Telstra does, however, have an existing $474 million deal to “build and manage” a “unified communications” for DHS that was inked in 2012 for a period of 5 years.

“Through our expertise in network applications and services, Telstra will not only roll out the new network but will also fully manage the entire platform for the Department, including the telephony, multi-channel contact centre and video conferencing services,” Telstra’s Group Managing Director for Enterprise and Government, Paul Geason said in an announcement at the time.

“Telstra is not taking over Centrelink and Medicare call services,” Mr Jongen said. “That assertion is completely wrong. This proposed arrangement would complement our skilled workforce and would not impact on our existing staff.

Mr Jongen said that claims that work “would be sent offshore are completely wrong.”

“It is important to note that partnering is not a new concept for the department or Government. In the past, we have accessed similar provisions within other contracts to engage staff as required to meet demand.”

That may indeed be true, however telecommunications industry sources noted that the locations of Queanbeyan (immediately outside Canberra) and Bunbury (just outside Perth) were both, respectively, in the sensetive Coalition-held seats of Eden-Monaro and Forrest where local employment remains a burning issue.

The idea that welfare recipients could potentially be “transferred to Manila” would simply be too horrific  to sell, it was suggested.

What is known is that as lower difficulty enquiries and transactions naturally to automated and online channels, Centrelink’s call centre and counter staff are being increasingly required to deal with so-called “high intensity” cases that take a psychological drain on the customer facing staff.

Senior officials at DHS have previously cautioned the shift to automation will result in public facing staff shouldering a greater load of more difficult and challenging cases, or put more bluntly, difficult and abusive clients.

That logical scenario could necessitate a greater rotation of skilled DHS to prevent the kind of staff burnout rates previously exhibited at the former Child Support Agency where managing client hostility resulted in expensive churn and recruitment difficulties.

The Coalition has a stated policy objective of moving the majority of government transactions online by 2017, with Communications Minister recently conceding the shift could hit Australia Post’s bottom line by further reducing paper mail volumes.