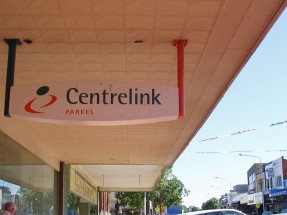 The massive Department of Human Services has offered a tentative olive branch to staff and unions amid the escalating industrial brawl over wages and conditions after it ceded some ground on pay to bowl up a revised a 4.15 per cent offer over three years.

The latest offer, which is still below inflation, marginally ups the three year deal put on the table in February 2014 that was resoundingly rejected by unionised staff.

Now, the latest offer sets down increases of 1.5 per cent for the first two years but then bumps up the third year to 1.15 per cent.

However the sting in the deal comes in the form of a strict contingency on executives to general staff numbers.

“This offer is conditional on the department meeting the staffing ratio of executive level to APS staff of 1:9 in each year over the life of the agreement, and we are currently meeting this ratio,” Human Services General Manager Hank Jongen said.

“On top of the salary increases, staff eligible for performance-based salary advancement would get up to 0.5 per cent extra in each year.”

In the event that Human Services cannot dial down the number of executives to lower level staff “a total general pay increase of 3.25 per cent over three years” will apply according to the department.

At the same time Human Services has not budged on a slew of other clauses on changed conditions that have previously angered the Community and Public Sector Union.

A key sticking point has been the incremental extension of work days by six minutes as well as increasing the range of hours in a given work day.

Mr Jongen said Human Services had maintained its position on other clauses to help fund the current pay offer.

According to DHS these include:

• “extending working hours by an extra six minutes per day to bring more into line with National Employment Standards;

• increasing the working hours bandwidth by one hour from 7am to 8pm to better reflect the actual hours of our service delivery;

• reducing personal/carer’s leave accruals from 18 days per year to 15 days to help address our unplanned leave levels, which are among the highest in the public service.”

It is unlikely that the latest offer will sway unions which have been gunning for pay rises of around 4 per cent per year to keep pace with an annual inflation rate of around 3 per cent.

“There are 35,000 employees in Human Services being asked to accept the removal of 60 per cent of their current rights from their enterprise agreement. They’re hitting part-time mums hours, job security protections and much more,” Ms Flood said at the time.

A big challenge for all agencies in enterprise bargaining negotiations with staff is there is effectively no room to move under the Australian Public Service Commission’s strict bargaining framework that has been widely interpreted as an attempt by the Abbott government to substantially curtail the influence and reach of unions in setting public service pay rates.

On Tuesday Human Services’ public relations point man was frank about the effect the framework was having.

“We consider this a genuine offer that meets the requirements of the Government’s bargaining policy,” Mr Jongen said.

“We are committed to talking with staff in the coming weeks about the offer to gauge their feedback and views.”

Similarly, a note to staff sent by Human Services General Manager for Enterprise Agreement Negotiation, Jo Talbot acknowledged that there had been movement in the latest offer put on the table.

“We know this pay offer looks different to the salary increase provided in the Department of Human Services Agreement 2011–2014,” Ms Talbot wrote in a note to DHS staff on Tuesday.

“We have looked very hard at a range of options to find money that meets the requirements in the Australian Government Public Sector Workplace Bargaining Policy (bargaining policy).”

Government News has contacted the CPSU for comment, which is expected shortly.