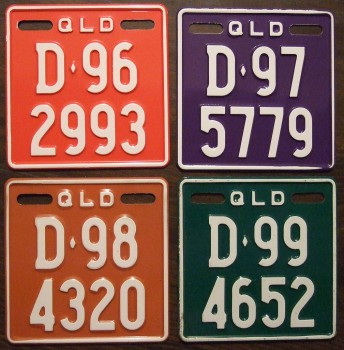 The Queensland state government has confirmed that just a quarter of the cars that it buys through its vehicle purchasing arm, QFleet, are Australian made as the local automotive industry and Canberra continues to apply strong pressure for more locally made vehicles to be bought on the taxpayer’s coin.

Figures provided by the Queensland Department of Housing and Public Works suggest that around 75 per cent of its 11,351 vehicles in the state government fleet were manufactured overseas.

The relatively low uptake of Australian-made cars in Queensland comes as states including South Australia continue to push for all levels of government to bolster their commitment to local purchasing to keep domestic car manufacturing alive.

The issue is a serious dilemma for government fleet purchasers who need to balance the best value for taxpayer’s money – including residual value and disposal prices – against the strong probability that local manufacturing will cease without stronger government purchasing support.

Ford has already announced it will stop manufacturing in Australia in October 2016 resulting in the elimination of 1,200 jobs, while Holden has reportedly started lobbying Canberra for more subsidies to keep its South Australian operations alive in the run-up to the election.

Former Federal Minister for Industry and Innovation and ACTU chief Greg Combet has also lashed out at local governments for collectively purchasing 70 per cent of its fleet vehicles from foreign manufacturers.

The Queensland Department of Housing and Public Works provided its fleet origin figures to Government News following a separate announcement that it has awarded a QFleets disposal contract to automotive remarketing company Manheim Pty Ltd to liquidate its passenger and commercial vehicles on the secondary market.

The three-year deal between Manheim and the state government commenced on 1 July 2013 after a competitive tender process to bring the Sunshine State into line with other Australian states in a government fleet sales plan that it expects will save taxpayers about $1.5 million per annum.

The deal gives Manheim all aspects of the vehicle remarketing and disposal process including transportation, inspection, paint, panel and mechanical repairs, with the first auctions scheduled to take place on 23 and 25 July, 2013 in Brisbane, Cairns and Townsville.

“The public can expect the same high quality and well maintained used vehicles for which QFleet auctions have become renowned,” he said.

Queensland is in a different position regarding manufacturing because it doesn’t house a major car making industry like the South Australian and Victorian governments which have both mounted fierce campaigns to buy more locally produced cars.

However a Housing and Public Works Minister spokesperson insisted that that the state government did have ‘Local Industry Policy’, which “demonstrates the commitment to support the competitive local industry”.

“The policy also helps to ensure that local industry is provided with a full, fair and reasonable opportunity to tender for work including major procurements in Queensland,” the spokesperson said.

The spokesperson said under the policy, local suppliers need to take steps to ensure that they are competitive and provide the products that government needs.

Locally made cars offered for lease to the Queensland government include the Toyota Camry, Hybrid and Aurion, Holden Cruze, Omega, Calais, Berlina, Caprice and the Ford Territory.

But the spokesperson asserted that not all vehicles segments have Australian made vehicles available. He said QFleet’s vehicle selection decisions were based on the lowest total cost of ownership and procuring vehicles that “best meet fit-for-purpose requirement”.

One challenge that both Manheim and QFleet will face is whether second hand buyers will still be interested in locally made cars if there is a question over their ongoing production.

0 thoughts on “Queensland reveals Aussie fleet at 25 per cent”