An extensive climate analysis has looked at risks from floods, inundation and fire in 544 local government areas.

Queensland’s local government areas are most at risk from climate change, an analysis of 15 million addresses across 544 LGAs reveals.

The report, the most extensive of its kind, predicted that in 2020, 383,300 addresses in Australia will be classified as high risk properties.

Out of the top 10 LGAs predicted to be at risk that year, six will be in Queensland, across the Gold Coast, Brisbane, Sunshine Coast, Fraser Coast, Moreton Bay and Mackay. The other LGAs will be in NSW and Victoria.

For the year 2100, the report projects the number of high risk properties will increase to 735,654 for existing development, with Queensland topping the list again for the top 10 LGAs predicted to be at risk.

“It’s about equipping them with the capacity to understand the issue in their terms, and know how to plan for it and make decisions around it,” he told Government News.

“What having the data out in the public domain does is it creates that transparency, and it means that councils can actually get on and do better planning work, both in terms of their strategic planning and very specific local plans to account for whatever the particular risks are that they’re facing,” he told Government News.

Mr Craven said councils have expressed concern at the lack of an adequate legal and financial risk exposure framework, fearing this may leave local government open to legal challenges from climate-affected property owners. 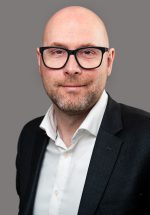 “The framework needs to provide some safeguards to local government, where they are making their best efforts to plan appropriately around the impacts of climate change, that they can’t be held legally accountable for that,” Mr Craven said.

Last month, Cr Jess Miller from the City of Sydney brought forward a motion at the local government annual conference for the state government to develop a climate risk framework for all levels of government.

“People deserve to know about the potential climate dangers to their property, and local governments need to know the risks to develop better regional plans to keep communities safe, and ensure a fair transition for the people who will be most affected,” she said in a statement.

“The lack of legal certainty is holding back frank conversations about how to prepare for more frequent and severe weather events. The financial implications of the impacts identified to both private and council-owned property value is important for all members of our communities to understand and prepare for.

“State-level climate risk frameworks would provide greater transparency and guidance for all levels of government to protect communities from the very real, and alarming climate hazards that lie ahead.”