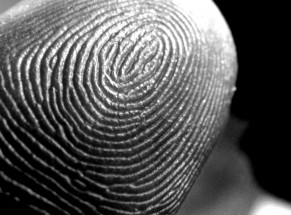 When Communications Minister Malcolm Turnbull trumpeted the official funding of the Digital Transformation Office and a new cross agency Digital Transformation Agenda to the tune of $254 million in the 2015 Budget, one critical element stood out: the creation of federal government issued digital identity credentials for consumers and business.

After years of stop and start projects and debates on whether Australians need a national identity document, the unstoppable rise of internet has prompted federal ministers and their agencies into revisiting the creation of what could soon be a virtualised version of Joe Hockey’s abandoned Access Card.

Officially slated at $33 million as a line item in the federal Budget, the development of a “trusted digital identity framework, which will provide individuals and businesses with easier ways to access government services” could literally become the key to the front door of convenient and secure online transactions.

It should also give the government a far clearer picture of how services are being demanded, consumed and delivered while increasing efficiency and lowering costs and waiting times along the way.

Just imagine it– one key that unlocks the full gamut of government services and lets agencies cut out the tedious legwork of repetitive form filling for everything from tax returns to childcare fee refunds and pensioner concession applications.

Visualise being a passenger booted off a high speed train that’s screeched to a halt at the border, then being forced to change trains in the middle of the night, dragging all your heavy luggage with you, just to keep going to your destination.

Long before Australia’s Federation was formally put into place, what are now state governments (previously colonies) managed to make life miserable for travellers and bolster their coffers by rolling out different width rail gauges across the nation.

Mark Twain lampooned it as Australia’s national “paralysis of intellect” and the ‘rail guages’ comparison has been an almost obligatory insertion in any multi-jurisdictional project management slide show ever since PowerPoint was invented.

There is a very strong argument that the digital identity credential the Digital Transformation Office is trying to bring to fruition could be a truly useful and beneficial thing that demolishes unnecessary duplication — assuming it is successfully created. There are also some questions surrounding privacy, but that’s by no way the biggest challenge.

The real question that urgently needs to be answered (before the digital rails start being built) is whether digital utility will be stopped at the border for consumers, customers and businesses because of jurisdictional boundaries.

What is known so far is that just as Malcolm Turnbull has managed to finally make Canberra get digital services religion, states like New South Wales are already rapidly progressing their own rollouts at pace thanks to forward thinkers like Finance, Services and Property Minister Dominic Perrottet.

Apart from not waiting for Canberra, one of Perrottet’s key strengths is that he has helped instigate a strong, ‘customer centric’ focus on service delivery that is built on user experience values that are heavily road tested before they go into service.

(A major differentiator for Service NSW has been that it was set up as a greenfields enterprise that drew heavily on private sector appointments into government to give it agility and digital user experience expertise.)

New South Wales has already committed to the rollout of a digital driver’s licence app — that is a secure digital credential that resides on a smartphone — to streamline state government identity requirements.

Also known to be in train in NSW is serious work within Service NSW on developing a secure online digital identity system for the state’s agencies, consumers and businesses.

Victoria is following the lead of NSW in creating Service Victoria, and it’s a relatively safe bet online transactions will also be a big part of that push.

That means that there are already three potentially digital identity standards and more likely to come from other states and territories.

When Government News started phoning around various government and industry stakeholders to try and get a grip on what was happening, four things became abundantly clear:

•    First, there is still no truly national digital identity framework that would allow consumers and businesses to traverse jurisdictions and locations.

•    Second, there is growing recognition a proliferation of digital identity standards that lack national compatibility and interoperability could actually limit digital uptake.

•    Third, states like NSW are already substantially ahead of Canberra in terms of tangible progress towards the delivery of whole-of-government digital services and digital identity.

•    Fourth, and most importantly, there is a growing aversion to the creation of potentially competing and incompatible government digital identity standards.

Government News asked Mr Perrottet’s office in NSW for its views on the creation of Canberra’s Trusted Digital Identity Framework and whether it could or would dovetail with moves like the state’s digital driver’s licence project.

The good news is that the lines of communications appear to be open.

“Service NSW is working with the newly formed Digital Transformation Office in relation to a number of initiatives including digital licences,” A spokesman for Service NSW said, adding that “a number of planning sessions will be held in the coming weeks to share the vision of Service NSW with the future plans of the DTO.”

But there is a clear recognition, in NSW at least, much greater state-federal coordination is required fairly promptly.

“Issues such as proof of identity and cross jurisdiction harmonisation are just some of the opportunities for collaboration. Other key considerations will include how the private sector adapts to the transformation which will involve close consultation with relevant sectors such as the financial services sector,” the Service NSW spokesman told Government News.

The reference to the financial services sector, where the proof-of-identity regulations and requirements apply to the establishment of accounts, is particularly telling because goes to the heart of how identity is now verified in both the commercial and private sectors.

Although such requirements are often federal in origin, they nonetheless fall back on state issued identity credentials — like licences — to make-up proof of identity under what was known as the ‘100 points’ identity test.

When former Human Services Minister and now Treasurer Joe Hockey pressed the case for his smartcard-based and digital photo enabled Access Card, banks (also big smartcard users) were amongst the first to agitate for authorised access to the digital credential to streamline their own identity verification requirements.

With real money at stake from cutting fraud and simplifying processes, banks stand as a potential major beneficiary of a national trusted digital identity standard if it eventuates — whereas competing standards could produce a new overhead.

Telecommunications carriers and other ‘identity regulated’ businesses are in the same boat.

Councils and local governments (which nationally number around 560 and will likely have to follow their state’s digital identity requirements) are also well and truly in the mix as they put everything from development applications to concessional rates eligibility online.

Some of the most potent digital identity and online delivery talent has already jumped from Canberra to the local government sector, not least Ben Rimmer who traded in his role as an Associate Secretary at the federal Department of Human Services — where he was in charge of myGov — to become the chief executive of the City of Melbourne.

When digital identity stakeholders finally get around the table, it’s going to need to be a big one.