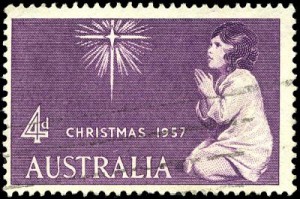 Australia Post has doubled down on its frustrated push to crack the market for digital identity credentials and electronic transactions after chief executive Ahmed Fahour told a Sydney conference his organisation is now evaluating using Blockchain for future services.

The comments, made at the Australian Financial Review’s Business Summit 2016, confirm Post is still keeping multiple irons in the fire for making secure identity and transaction services for government a core part of its business transformation – despite being previously knocked-back to run the myGov online account for government agencies.

“The future is going to be a digital identity so that when you say who you are, I can see who you are,” Mr Fahour told the Business Summit, adding that Blockchain had “much wider applications” than just financial services.

“We do most of the physical IDs so it’s logical that a trusted organisation like Australia Post be able to not only handle the physical ID but digital ID.”

Presently a darling technology of the financial services and markets sector, Blockchain is essentially a distributed ledger that links together recent tamperproof transaction data coupled with hash algorithms to validate a transaction.

Most famously used to underpin bitcoin, Blockchain’s wider capabilities to secure and authenticate transactions have been arousing substantial interest in both the private and public sectors because they could potentially lead to an interoperable set of keys that unlock multiple online services including payments.

The persistent push towards carving out a niche in digital identity and authentication services by Australia Post, particularly at a consumer and retail level, is certain to register brightly on the radar of other government organisations that are pursuing similar objectives.

Those sure to be asking it include national Digital Transformation Office (DTO), federal agencies relying on the myGov secure online access point and state governments including New South Wales that have already started launched their own digital accounts and credentials.

The DTO this this month revealed it is planning to release an ‘alpha’ prototype of a digital identity credential for evaluation and testing by August this year, with a fuller version likely to emerge in 2017.

A key element of the DTO’s digital identity development credential that it is being built using user centric design principles and processes from the ground-up, rather than trying to retrofit or customise existing products and technologies to consumers’ needs.

“We have to give people a reason to want to have a credential to interact with government,” the DTO’s head of identity, Rachel Dixon, told Government News in a recent interview.

“In order for government to get the economic benefit of people doing things online, that comes back to consumers … what is good for people who use the system that are not in government.”

With research into the DTO’s alpha project already well underway, public sector agencies as well as banks and utilities will soon need to make decisions about which offerings and standards they will back.

A major issue for all players is whether new digital identity credentials will be broadly interoperable or stay separate – a scenario that risks recreating the infamous series of ‘rail gauge’ incompatibilities that plagued Australia’s transport infrastructure through the 20th Century.

National Credentials
The broader case that Australia Post is making on that front is, that as an existing national communications utility with a massive retail footprint, the organisation is perfectly placed to take on wider digital and electronic transactional services.

Fuelling the push is the rapid terminal decline of Post’s letters business that until recently was partly propped up by government services still using paper mail. Unless Australia Post rapidly finds new revenue streams, maintaining the letters business could generate losses close to a billion dollars a year.

At this month’s Senate Estimates hearing, Mr Fahour warned that despite “very efficiently and effectively delivering government services, particularly in regional and rural communities” for more than 35 years opportunities and deals to build out the government services offering are tracking south instead of north.

“We have been pushing very hard this agenda. If anything, we are more concerned the other way around. It feels to us — I do not mean at the federal level; at the state level — that some of these services are now being taken away from our post office network,” Mr Fahour said.

Some of those pulling back from outsourcing over-the-counter and online transactions include the NSW Government that has been consolidating transactions and shopfronts through Service NSW – which Mr Fahour slammed as a “a travesty”.

Medicare Mystery
Also up in the air is whether Australia Post is still in the running for the potential outsourcing of $29 billion a year of Medicare payments and claims processing by the Department of Health, which issued a Request for Information a year and a half ago … and then went into radio silence.

Despite the deathly quiet on the controversial proposal, Mr Fahour expressed surprise that Australia Post had – according to reports – apparently made the shortlist of contenders.

“I have not been engaged and I am not aware of any high-level engagement on this opportunity. Quite frankly, I thought it had gone away a long time ago,” Mr Fahour told the Estimates Committee.

The revelation that Australia Post could still be in the game on the Medicare outsourcing front, coupled with the Blockchain revelation raises the obvious question of whether policymakers would be prepared to hand the postal service a new monopoly as both a mint and broker of secure credentials and payments — a market where it could potentially clip the ticket on every transaction in the same way that credit card schemes use interchange fees on huge volumes of transactions  to make money from banks and consumers alike.

Also possibly in the mix for Medicare is who would manage and broker access to the present registry of Medicare Card numbers, along with electronic credentials for the Personally Controlled Electronic Health Record.

“I and many of our people are engaged in trying to find as many opportunities for us to continue to do things like passports, drivers licenses, birth certificates, marriages, taxation—all of those types of services which we have been doing for decades and decades,” Mr  Fahour said.

“We would love to do more.”