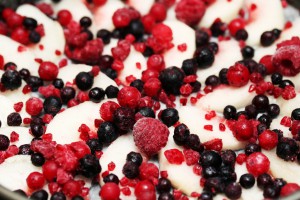 Federal Department of Agriculture staff may have their hands full dealing with the Hepatitis-A contaminated frozen berry crisis, but that hasn’t stopped angry public servants there heading to the industrial umpire to give the Abbott government’s tough public service bargaining stand another firm whack.

The Community and Public Sector Union on Thursday formally lodged an application with Fair Work to hold a vote on taking protected industrial action, with the union warning “industrial action in Agriculture would have the potential to affect passenger movement at airports and ports, cargo inspections, meat inspections, international mail processing and other services.”

It’s a busy time at Agriculture. The lodgement of the application for a strike ballot comes less than a fortnight before the Department’s  high-profile national showcase conference, Outlook 15 on March 2nd and March 3rd put on by the Australian Bureau of Agricultural and Resource Economics and Sciences.

Staff at Agriculture are the latest among a growing number of departments to baulk at the Abbott government’s below inflation pay offers that have so far been heavily back-loaded with attempts to water down or remove conditions and entitlements.

Anger among staff at Human Services has also intensified after the latest offer to staff there marginally boosted percentage pay increases contingent on an increase in working hours that the Opposition says ratchet down hourly rates of pay and leaves staff around $920 a year worse off.

“Members at Agriculture are the latest in a growing number of workers who feel they have no option but to push back against the Government’s unprecedented attacks on their rights, pay and conditions,” said CPSU National Secretary Nadine Flood.

“Every proposal we see seeks to take far more away than it gives. Public servants aren’t stupid. Why would they support flawed agreements which remove protections around super and redundancy, increase working hours and leave them worse off financially? Some of these proposals actually cut take home pay for part-timers, who already have a tough time making ends meet.”

Ms Flood said there was growing anger across the public sector “as a direct result” of Senator Abetz’s bargaining rules which she branded “harsh and unworkable.”

“His rules force agencies to cut rights and conditions, living standards and jobs in return for annual pay offers of a maximum 1.5 per cent.”

Aside from angry unions, the Abbott government is also attempting to mitigate the unintended consequences of its hardline stand on government wages, particularly in the Australian Defence Force, that threaten to hold up legislation in the Upper House thanks to infuriated cross bench members like Tasmanian Senator Jacqui Lambie.

According to the CPSU’s protected action ballot application for Agriculture, one of the options on the table is an adherence to policies for the screening of passengers, mail and cargo that could result in a higher number of screenings – a move that could slow things down, even if it does tighten up security.