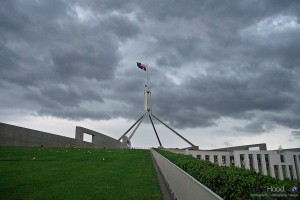 Public servants at the Bureau of Meteorology and the Department of Agriculture, including quarantine officers and meat inspectors, will walk off the job today as the Community and Public Sector Union escalates its campaign of rolling and stoppages across federal agencies in protest against ongoing attempts by the government to dilute conditions and keep pay rises at or below record low inflation.

The latest activity closely follows walk offs by tens of thousands of staff at the massive Department of Human Services and the Australian Taxation Office over stalled enterprise bargaining negotiation that have dragged on over the course of the last 12 months.

The escalation of authorised strike activity comes as agency chiefs prepare to finally start hiring staff after an effective freeze on new appointments was lifted after last week’s federal Budget.

A number of ministers and senior agency staff are known to have become deeply frustrated over how the onerous hiring restrictions have severely limited the ability to recruit-in talent from the private sector and state governments to instigate productivity boosting innovation and service delivery changes.

The deadlock and slow pace of change has a number of higher profile senior public servants trade out of federal jobs, including former Human Services Associate Secretary Ben Rimmer, who has taken up the role of chief executive at the City of Melbourne.

The luring of talent away from Canberra into state government roles is also expected to escalate as both the Victorian and Queensland governments move to redress big public service cuts made by recently ousted single-term governments.

The Queensland Palaszczuk government moved almost immediately upon election to reverse a raft of anti-union measures and public sector workplace changes imposed by the Newman government that contributed substantially to a backlash from frontline service workers including nurses, teachers and critical services workers.

At the federal level, the CPSU is pressing home a tactical advantage that the Abbott government will find it difficult to hold the threat of job cuts over unionised public service staff because most of the hard pruning was already done before any new enterprise agreement was reached with the CPSU.

“Public sector workers don’t take industrial action lightly but they have been pushed to this point by a belligerent government that has cut 17,300 jobs and is now intent on attacking the living standards, pay and conditions of 160,000 public servants,” said CPSU National Secretary Nadine Flood.

“Workers are being asked to cop a massive cut to rights and conditions, in return for low pay offers averaging less than 1 per cent a year that leave real wages going backwards. No major private sector employer in Australia is making such nasty offers.”

Just how far the union will be able to push the deficit-laden Abbott government on pay and conditions remains to be seen, especially after a stimulatory Budget resulted in a sizeable boost in the polls for the Prime Minister, a factor likely to ease the pressure on industrial hard-liners like Employment and Public Service Minister Senator Eric Abetz.

According to the CPSU, agencies including the Australian Bureau of Statistics, Customs and Immigration are now in the midst of preparations to take industrial action in protest at stalled negotiations.