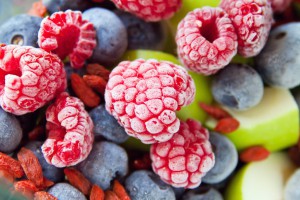 Agriculture Minister Senator Barnaby Joyce is facing a bitter winter harvest from public service staff within his own department who have almost unanimously voted to pursue strike action only weeks after respected Secretary Paul Grimes was controversially sacked by the government.

An authorised protected action ballot of Agriculture staff conducted by the Community and Public Sector Union has secured an unequivocal vote of 95 per cent in favour of industrial action making the agency the tenth queued up on the runway to take strike action over coming months over deadlocked enterprise bargaining negotiations.

“Industrial action is expected to commence in early April,” the CPSU said in a statement late Monday.

The union has, after biding its time for several months, also started to ratchet-up its rhetoric for the potential of strikes to disrupt regular government activities that could quickly cascade down into industry.

“Industrial action in Agriculture would have the potential to affect passenger movement at airports and ports, cargo inspections, meat inspections, international mail processing and other services,” the union said.

The trigger for the latest bout of rank-and-file unrest stems from Agriculture’s long delays in presenting its staff with a definitive offer for the present round of enterprise agreement negotiations.

The last public service-wide enterprise agreement expired on 1st July 2014 and the Abbott government has set down a negotiating framework that aims to remove any provision for back pay should negotiations drag on.

That position is bound to be an irritant for Agriculture staff who were only given a formal pay offer once the strike ballot was underway, a move that will do little to instil confidence that management is bargaining in good faith.

“Management proposed an offer of 0.5 per cent a year pay rise but accompanied by cuts to conditions and allowances, the removal of superannuation protections and the loss of 42 regional jobs,” CPSU National Secretary Nadine Flood said.

“Biosecurity officers are on the frontline every day monitoring what’s coming in and out of the country, protecting the food we eat and the goods that we export. They ensure Australia’s multi-billion agriculture industry is free from infestations, disease and plagues.

“These people do tough dirty work and the Government proposes to reward them by cutting their take-home pay, cutting jobs and attacking their conditions.”

Adequate resourcing at the Department of Agriculture and came into sharp focus last month after an outbreak of highly contagious disease Hepatitis A that was linked to imported frozen berries from China.

The government at the time defended the adequacy of its biosecurity controls despite criticism from the Opposition and claims that the role of the Inspector General of Biosecurity was being axed.

The government subsequently hit back that it had told Labor that role of the Inspector General of Biosecurity would continue, accusing the Opposition of deliberate mischief making.

However the CPSU smells plenty of mischief and contamination ion the way the government is pursuing its industrial relations agenda.

“The best Agriculture management can do under this Government’s policy is a nasty, ugly package of cuts that was never going to dissuade staff from voting to take industrial action,” Ms Flood said.

“They should have known better; public sector staff across the nation are rejecting offers like this in droves. The Government’s unworkable and shambolic bargaining policy is making it extremely difficult for agency chiefs to come up with an acceptable offer to staff.”