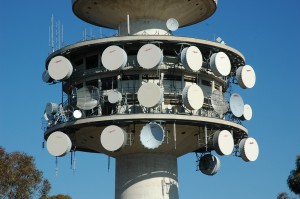 The Government has published the submissions to its review into tthe structure and operationselco and media regulator the Australian Communications and Media Authority (ACMA). Unsurprisingly, the big three telcos all want less regulation.

The review was announced in June by Communications Minister Malcolm Turnbull. He said then the review was necessary to ensure the ACMA could “effectively deal with challenges arising from a rapidly changing communications sector.”

The ACMA said it welcomed the review, acknowledging that the commercial and technological environment today is very different from when the ACMA was formed almost exactly ten years ago from the merger of the Australian Broadcasting Authority and the Australian Communications Authority on 1 July 2005.

The Department of Communications has now made public the 40 submissions to the review. Unsurprisingly, Australia’s three major telcos all argue for a reduction in the ACMA’s powers and increased self-regulation, arguing that many of the ACMA’s functions should be transferred to industry.

All submissions can be found here.

The ACMA’s own submission focuses on its achievements, and argues that no major changes need to be made to its powers, beyond updating them to take changing technology into account.

Telstra, Optus and Vodafone all say the ACMA’s role should be reduced.

“Compared to ‘black-letter’ regulatory solutions administered by regulators, Telstra considers these options can often solve problems and deliver policy outcomes more efficiently as well as making the regulation more flexible and fit-for-purpose. They offer the opportunity for at least some of the functions currently undertaken by the ACMA to be transferred to industry over time, subject to suitable compliance arrangements being established.”

“In common with a number of other infrastructure based industries the need for specific regulation of the telecommunications market derives from the desire to introduce competition to a market that was historically served by a government owned monopoly supplier.

“However, unlike some of these other industries regulation was seen as a transitional step that would ultimately fall away. The impact of technological change and the multi-product nature of the industry provide greater prospects for the market or segments of the market to transition to a competitive basis where reliance could be placed on the economy wide competition rules.

“Optus believes that an overriding objective of any regulatory framework for telecommunications should be to facilitate the transition to a competitive sector where the need for specific regulation falls away.”

“The current overlap in responsibilities between the ACMA, the ACCC, the TIO and the Government itself needs to be addressed. The ACMA also needs to have clarity and certainty about the scope and purpose of its mandate.”

Submissions closed on 10 August, and the Department was been directed to report to Mr Turnbull by the end of the year.