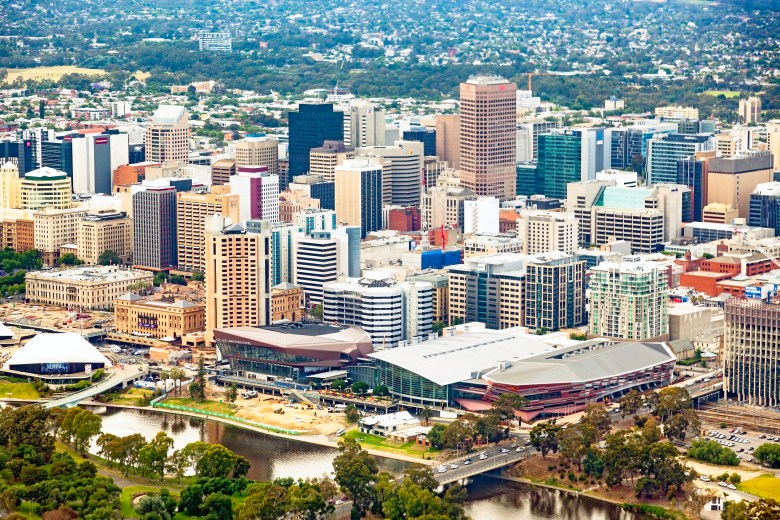 South Australia looks set to get a new independent infrastructure body, a new authority for public transport and a new heavy fright corridor with the election of the Marshall Liberal Government on Saturday.

Steven Marshall was sworn in as South Australia’s 46th premier yesterday at a ceremony at Government House along with Deputy Premier Vickie Chapman, the first woman to be appointed to that role in the state, and Treasurer Rob Lucas.

Among the Liberals’ major policies was the establishment of an independent new body, Infrastructure South Australia, to coordinate planning and decision-making.

The Marshall Government has promised to deliver South Australia’s first 20-year state infrastructure strategy by the end of its first term.

The new infrastructure body will analyse 10 priority projects including the completion of the North-South road corridor and a grain and minerals port on Eyre Peninsula.

The Marshall Government will also move public transport operations from the Department for Transport, Energy and Infrastructure into a new entity, SA Public Transport Authority.

Exporters in the state will be awaiting detail on the promised new corridor for heavy freight, another key policy of the new State Government.

The Globe Link plan aims to provide a new road, rail and air freight corridor, bypassing existing road and rail corridors through the suburbs and around the Adelaide Hills.

The corridor will avoid the heavily populated areas of the existing freight routes and take freight directly to Port Adelaide, the Liberals’ policy states.

“At the Murray Bridge end of the corridor, there is a perfect location to build a new, freight-only airport with no curfew, allowing it to operate 24 hours a day, seven days a week.”

An honour to be sworn in as South Australia’s 46th Premier by His Excellency the Hon. Hieu Van Le at Government House. pic.twitter.com/GsClx929dm

Elsewhere, the new State Government’s plans for the Old Royal Adelaide Hospital site include an innovation and incubator hub, an international centre for tourism and hospitality, and a national gallery for Aboriginal art and culture.

The government has committed to invest $100 million to fund 20,000 new vocational education and training places.

On energy, which at times dominated the election campaign, The Marshall Government has promised an “independently modelled, comprehensive solution” focused on affordability and reliability.

Local government in the state will be putting benchmarking and auditing of council performance high on the agenda in its dealings with the new government.

Local Government Association of South Australia’s state election platform highlighted the implementation of a benchmarking program, standardised external council audits and strengthening the code of conduct for council members among its reform priorities.