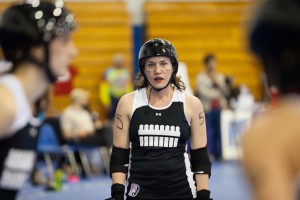 Moving government transactions online was meant to make life simpler and easier for customers and agencies alike, but the Australian Taxation Office (ATO) this week learned the hard way that when the web interfaces fail, they do so with little or no forgiveness.

After a glitch-plagued and decidedly unhappy start the new financial year, the ATO said on Thursday that its “services are up and running” after a week of difficulties that left customers struggling badly to lodge online tax returns via the myTax online facility — but also cautioned there would be weekend maintenance outages as it continues to try and eradicate bugs.

We’ll spare you the complaints and apologies and social media bile. Everyone knows it choked.

The big takeaway is that the ATO’s very public problems have again brought into sharp focus a chronic issue that multiple government agencies face around gearing up for a single big hit of electronic transactions at a given time of the year.

The problems have raised the very logical question as to whether Australians should continue to be required to lodge a single annual tax return as opposed to conducting smaller and more regular interactions that adjust liabilities and refunds more regularly. Tax is not ignorant to this.

Even so, in an age when so called ‘real time’ transactions can push or pull money from peoples’ bank accounts almost instantly have increasingly become the norm, the issue of how effectively government deals with cross-agency customer interactions and transactions has been propelled up the scale as both an opportunity and a risk.

Getting it right means much better satisfaction levels with government. Just look at New South Wales. Doing otherwise means the polar reverse, as illustrated by the ATO.

Yet what people often forget is that new levels of online convenience, especially in government, are heavily dependent on linkages between agencies that allow data to be updated consistently across multiple systems that are often decades old.

In the case of the myTax problems this week, substantial attention has also been drawn to the role of myGov that remains the foundation for a national digital identifier that could weave together secure access and automated transactional capability multiple accounts across both government(s) and the private sector.

Banks, particularly the Commonwealth Bank of Australia, have made it clear at a public policy level that there needs to be a consistent and secure architecture for digital identities for the tangible benefits of the digital economy to be realised.

Now this week’s conspicuous knee skinning at the ATO is by no means a deal breaker in terms of wider confidence of the digital government goal; at least the ATO is trying to run. It does however vividly illustrate the steep learning curve and high stakes that big government agencies face in meeting Communications Malcolm Turnbull’s mandate to get 80 per cent of services and transactions online by 2017.

The biggest problem to date between government agencies and the computer systems that enable automated and efficient customer interactions is that they have historically been constructed in isolation, thus making them difficult and prohibitively expensive to integrate until they are due to be replaced.

Australia’s three-tiered system of government has also provided a nasty multiplier of complexity where the so-called rail guage scenario is repeatedly played out across jurisdictions to construct a hairball of incompatibilities.

New South Wales Finance Minister Dominic Perrottet has already spelled out the need for a collaborative approach on matters of identity in the digital age as the state implements digital licencing.

The challenge for Canberra now is twofold.

First, it needs to demonstrate that it can come up with a robust digital identity model that works at both a technical level but can also be adopted by state and local government as well as private industry if need be.

Second, major agencies and their ministers must demonstrate that they can quickly remediate and learn from problems like those experienced by the ATO over the past week.

Banks, major corporations and the disruption industry have for more than a decade paid top dollar for digital talent that delivers them tangible benefits and confers an advantage in project execution when it comes to delivering productivity, efficiency and innovation.

Perhaps it’s time for government to try and recruit some of that talent rather than running internecine industrial relations battles.