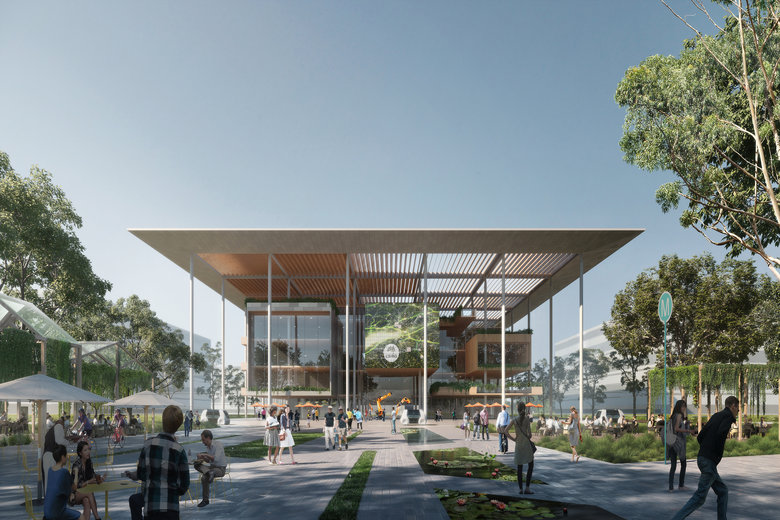 The national science agency is planning to relocate 450 employees to a new home in the planned western Sydney Aerotropolis.

Under the proposed CSIRO move an 18,000 square metre carbon-neutral facility will be built in the centre of the Aerotropolis Advanced Manufacturing and Research Precinct, which will bring together research institutes and commercial organisations across manufacturing, quantum technologies, aerospace, defence and agribusiness.

The facility, scheduled to begin operating from 2026, will feature collaborative workshops and flexible laboratories.

It comes as the CSIRO is already working with the NSW on the Urban Living Lab at the Sydney Science Park the Western Sydney City Deal digital twin.

The agency has also signed a 10-year lease agreement in the Innovation Quarter precinct which will co-locate a team of CSIRO digital health and nutrition researchers to Westmead.

Setting the tone for an innovation hub

Premier Gladys Berejiklian said the CSIRO relocation would set the tone for the Aerotropolis as an innovation hub.

“The Aerotroplis is so in track it’s not not funny,” she told a CEDA function on Wednesday.

“The CSIRO announcement today is a really great feather in our cap. We have great global brands from Japan, the US, Germany and the UK already setting up shop there and when we say we want that to be the advanced manufacturing capital of Australia it’s not just words, it’s actually happening right before our eyes.”

The Minister for Western Sydney Stuart Ayers said construction would begin in mid 2023.

“The more we can put science in the hands of real people to solve real problems, the better our future will be, so the collaboration and connectedness of the Western Sydney Aerotropolis is an immense opportunity for CSIRO and the future we are shaping for Australia,” he said in a statement.

The government’s vision for the Aerotropolis is that of a new smart, liveable city which will harness the new Western Sydney International Airport to attract industry, capture investment and drive jobs in the region.