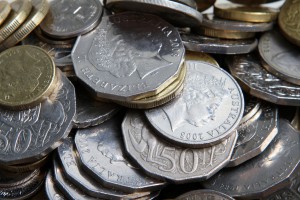 The Australian Taxation Office has become the latest federal mega-agency to try and avert further damaging industrial action after its senior management substantially boosted their pay offer to staff who have been locked in a year-long bargaining dispute.

Tax on Tuesday told its 18,000 staff a rise of 4.5 per cent was now on the table, a figure significantly better than the sub-inflation 0.8 per cent per year offer that would have amounted to just 2.4 per cent over the duration of the agreement.

The initial offer was so poorly received by staff reeling from mass redundancies that it set the stage for widespread strikes that have hit righyt across the public service as big number employers like Human Services and what was Customs successfully sought and obtained permission for rolling protected stoppages.

Government News is seeking comment from unions representing staff in the ATO on the offer, but it appears unlikely either the Community and Public Sector Union or the Australian Services Union will give ground given their previous dogged defence of conditions and entitlements.

The latest offer indicates that departmental and agency heads are moving quickly to use an easing of the the previously hardline definition of productivity offsets attached to pay increases that equated to straight labour cost savings — rather than any increase in output.

That position is known to have frustrated negotiators for agencies because it meant that increases in pay had to come from either an increase in the number of hours worked or more headcount reductions, both effectively deal breakers for unions and many employees.

“As a result, we have reassessed our productivity and affordability measures and in doing so have been able to address some of the issues raised by employees in February 2015.”

The ATO is clearly looking to get some fast traction on the new offer, with 2.5 per cent of the 4.5 per cent being offered in the first year, with an additional one per cent per year over the following two years.

According to Tax’s email to staff, the timing of the offer is as follows:

A good part of the money for the latest offer appears to have been found in the relaxtion of the productivity equation with the line item of “Reinventing the ATO” heading the list of “new productivity savings” that totals almost 53 per cent of the $184 million in savings being used to underpin the latest offer.

Although the industrial chest beating surrounding marginally extended work hours, leave entitlements and allowances continues, in reality a proportion of the real savings are likely to flow from the digitisation and automation of processes and work practices that will mean that the everyday PAYG taxpayer will have hugely less paperwork to complete.

Although Tax isn’t saying it yet, that innovation that could largely errdicate the big labour cost associated with dealing with the present scenarios of under payment or over collection that necessitates bill or refunds being sent to millions of Australians.

It could also free-up more staff to chase more pressing cases in the form of tax returns and payments from companies and individuals with more complex and less transparent arrangements, a scenario that could boost payments and enforcement for the government.