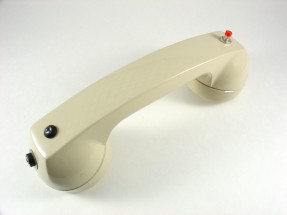 The Australian Taxation Office may have had a rough start to the new financial year wrangling online load balancing and digital identity issues, but that hasn’t stopped the rollout of a new voice biometrics solution that claims to be the most secure yet without the need for intrusive security questions.

Nuance Communications says it has now completed the second phase of a new voice biometrics solution at the ATO that couples the established speaking of a voice printed passphrase to verify customer identity with a new “FreeSpeech” capability that allows the agency to double check identity during natural conversations, both inbound and outbound.

Customer verification through biometric and intelligent speech recognition technology is highly appealing for agencies and businesses with high volume call centre and interactive voice response system workloads because it can dramatically cut the amount of time it takes to turn around phone enquires and transactions – at least for relatively simple operations when systems are running smoothly.

Accurate biometric identification of callers during natural conversations has also been keenly sought after by intelligence and law enforcement agencies because it potentially allows them to store banks of recorded conversations that can later be scanned and analysed to try and trace the calls and conversations of surveillance targets who might otherwise seek to cover their tracks.

Despite the heavy focus on security and counter terrorism, the market for such solutions remains relatively constrained with commercial applications of voice biometrics now proving to be the big money maker for companies like Nuance which has carved out a solid niche bringing such solutions to the mainstream market.

Nuance is selling the success of its voice biometrics deployment at Tax as a “streamlined approach” that “has let the ATO quickly boost call completion rates, whilst also improving security for customers using the contact centre.”

Specifically it says that between September 2014 and mid July 2015 “more than 760,000 Australians have enrolled for the voice biometrics solution” and that this illustrates “the growth expected during the 2015 tax period: the busiest period for ATO call centres.”

Nuance also claims that in the “first 12 days of the FreeSpeech release, total FreeSpeech enrolments were 25 per cent of the volume of VocalPassword enrolments for the previous eight months, highlighting the simplicity and seamless nature of the system.”

The ATO’s senior staff are also promoting the new voice biometrics deployment as a positive development for its occasionally frustrated customers.

“No one wants to be on a call to the ATO longer than they need to, but we must ensure that convenience and ease of access are effectively balanced with our mutual need for security” said John Dardo, acting Deputy Commissioner, ATO.

“With Nuance’s voice biometrics solutions, we have introduced a secure, fast and easy way to verify a customer’s identity, providing a greatly improved experience for our customers and for our staff.

“Customer and staff feedback has been very positive and they see this as another example of us delivering contemporary client experiences.”

That may be so, but a big question that remains over the wider use of voice biometrics in the federal government’s customer facing agencies is how it can or will ultimately interoperate with the myGov digital identity credential that is increasingly being used initiate secure transactions across multiple agencies with a single login.

An obvious potential application is utilise voice biometrics as another verification factor for online transactions with government as a possible alternative or complement to traditional alphanumeric passwords that are much easier to copy steal through malicious software.

In the interim the federal government appears to be pursuing the technology as a classic cost cutting play in call centres which appear to remain at the front and centre attempts to bring down labour costs.

According to Nuance’s statement the ATO receives approximately nine million calls a year from the community, 75 per cent of which require an “ATO agent to verify the caller’s identity.”

The company says that before the the introduction of voice biometrics, “when a customer called to conduct a transaction with the ATO, the authentication process involved several steps, putting pressure not only on customers to provide personal details or have the correct documentation in front of them, but also on the ATO’s call centre agents, who collectively spent approximately 75,000 hours each year just trying to verify customers over the phone.”

Robert Weideman, who is executive vice president and general manager for the Enterprise Division of Nuance isn’t making any apologies for cutting costs.

“The customer experience is at the core of Nuance’s voice biometrics technology, a premise which aligns perfectly with the ATO’s organisational goals. Using Nuance’s voice biometrics solutions, the ATO has been able to greatly improve its customer service experience, while reducing costs and delivering an authentication process that eases the burden on both customers and service agents,” Mr Weideman said.