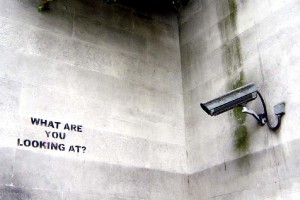 Walk into a shopping mall, get on a bus or take the dog for a walk in the local park and there’s an odds on chance you’re being digitally recorded on CCTV (closed circuit television) by a council, government agency or private property owner.

Silent and ever vigilant, electronic surveillance is now such a ubiquitous feature of daily life that the systems that watch over us are largely taken for granted as a vital tool to combat violence and property crime and authorities are looking to ever more sophisticated cameras to identify and prosecute offenders.

But try getting a clear picture of just how many systems are now in operation in Australia, or who is using them, and that vision quickly blurs out of focus.

Despite more than a decade of taxpayer-funded deployments via federal schemes like the National Community Crime Prevention Programme (NCCP), Proceeds of Crime Act (POCA), Safer Suburbs, Secure Schools and Safer Streets even the nation’s peak law enforcement research body – the Australian Institute of Criminology (AIC) – frankly admits exact numbers are hard to calculate, not least because of the wide prevalence of the systems and the number of varied stakeholders using them.

In May 2015 the AIC released what to date is the most comprehensive and illuminating study into CCTV in an attempt to “develop a national picture of the prevalence and characteristics of open street CCTV systems in Australia managed by local councils.”

The report, CCTV use by local government: Findings from a national survey polled all 561 of Australia’s councils in an effort to obtain a clearer picture of the characteristics of their use of the technology which has by all counts proliferated.

At the top level the AIC found the “a high proportion” of responding councils (57 per cent) operated at least one CCTV system, while another 12 per cent planned to install one.

Remarkably, 30 per cent didn’t have CCTV nor planned to install it. The holdouts quizzed by the AIC cited that they were not a “strategic priority” and a lack of available funding.

It begs the question of who’s watching the output of the thousands of electronic eyes now installed.

One of the key issues identified by the AIC is, despite an average spend of more than $80,000 by councils on CCTV over the last 5 years, “most of this funding was provided for capital infrastructure and installation costs, rather than for the ongoing maintenance of CCTV systems.”

An often overlooked aspect of camera systems is that while the electronic hardware is more affordable than ever, the humans that sit in a control room and monitor them remain a significant cost overhead.

The camera might be watching but council probably isn’t.

The AIC report found that “the majority of main systems operated by councils are not monitored (61 per cent), while a further 15 per cent were occasionally monitored by an operator during business hours.”

“Only ten per cent of systems were actively monitored, either during business hours or 24 hours a day,” the AIC reckons.

The big trend the AIC identified is that despite a jump in installations of CCTV by councils, the growth isn’t being matched by an increase in monitoring. In fact, the number of humans tuning-in via the control room is trending down, with the number of councils whose main systems are not monitored jumping from 31 per cent to 61 per cent according to the AIC’s research.

The implications of that fall are important. Firstly, what’s becoming clear is that even when capital funding for installation is available, additional money for people usually isn’t, creating clear questions about value for money and effectiveness – especially when it comes to nabbing offenders in or soon after the act.

“Monitoring offers the greatest benefit where it is used to support the rapid deployment of police or security personnel (or both).

While this requires the resources to support monitoring activity, it also requires an effective working relationship between camera operators and local police or security providers,” the AIC said. 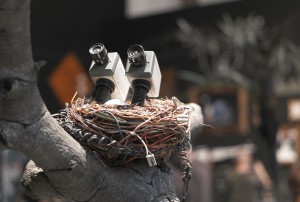 While CCTV cameras may not always be able to deter crime, there’s less debate that if used effectively, they help identify offenders and assist prosecutions, especially when the footage is good enough for courtroom evidence.

Although the AIC again notes that “there has been little Australian research that has examined the extent to which CCTV is used by police in criminal investigations” the logic of matching recorded footage of crimes to their offenders is fairly straightforward.

Another benefit yet to be quantified is to what degree there is an increased willingness by police to mount investigations based on crime reports which in turn harness CCTV to come to a conclusion. But it would be hard to argue that if the evidence is there and readily accessible, it shouldn’t be used.

“There appears to have been a recent shift towards placing greater resources on the value of CCTV footage in criminal investigations, rather than focusing on the crime prevention benefits of camera systems,” the AIC says.

More than half (55 per cent) of councils said their CCTV footage had “often” or “sometimes” been used to prosecute offenders.

The fact that local governments, police and security agencies are increasingly looking to pre-recorded footage to capture incidents and track down offenders presents big new challenges. While digital cameras allow greater resolution and clarity, they also create a pressing need for more digital storage capacity where maintaining the integrity and quality of the vision becomes imperative if it is remain useful for the future.

While analogue and early digital CCTV systems once used tapes, the heart of modern digital systems is the hard disk drive (HDD) which has more typically been used for storing corporate and enterprise data from computers rather than as a dedicated video storage medium.

An all too common pitfall for CCTV system buyers is overlooking the central role that HHDs play in preserving and retrieving vision. One consideration is that as camera resolutions get higher and video retention periods get longer, the demand for HDDs that are larger in volume and designed specifically for read/writing is naturally increasing.

Moreover, just as different CCTV cameras and housings are built to standards to withstand their environment, buyers also need to carefully consider whether the disks they select will be able to withstand factors like wide variance in temperatures, vibration and external elements.

Fortunately, parts of the technology industry are quickly stepping up to the challenge as digital video and internet protocol systems come to the fore.

A clear market leader to emerge in the Security Systems Storage sector is Seagate which produced the first purpose-built HDD for surveillance systems in 2006 and has led the industry since. One of its major points of difference in product is that it has been carefully fine tuning the performance of Surveillance Drives for

Digital Video Recorders (DVRs) where more than 90 per cent the operation is dedicated to the ‘write’ function – or recording.

The integrity and stability of recording is critical because problems can directly affect the vision captured with no means of restoration – easily as bad as a defective camera. Another benefit of using surveillance grade HDDs is that user can also achieve better performance in terms of the number of cameras a drive can support simultaneously, an important consideration when running a network of cameras.

“There is a growing need to analyze and make use of video data, with a wide range of applications that include monitoring security for home and small business security, capturing data that allows cities to predict and improve traffic flows, reducing airport wait times,” says Rex Dong, Seagate’s managing director of sales and marketing for Asia.

Seagate’s advice to CCTV customers is to ensure that systems integrators have a sound understanding of a system’s environment and working profile to ensure the appropriate choice of drives for their customers’ applications.

For example, in a system supporting multiple drives, Rotational Vibration (RV) becomes critical, a key factor that Seagate cites as the reason its latest generation of Surveillance HDD comes equipped with an RV sensor to address the operating needs created by multiple bay chassis.