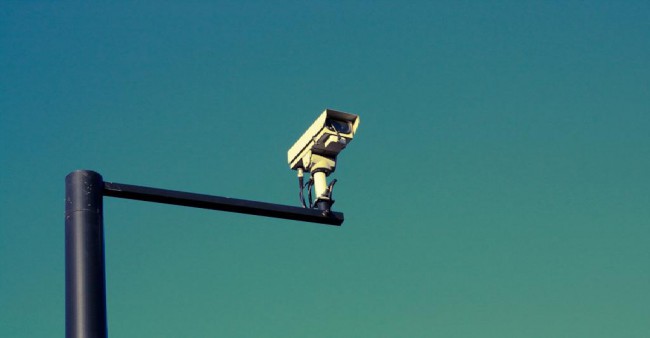 A fresh row over how councils can use video surveillance and CCTV in New South Wales has erupted after moves by Local Government Minister Don Page to relax privacy regulations governing cameras encountered resistance from the Greens in the state’s upper house.

The Greens have moved a motion that they claim seeks to ensure that if councils spend thousands of dollars on CCTV cameras, “these cameras must be useful, fit for purpose and compliant with privacy laws”.

The motion follows the direct intervention of Mr Page on behalf of more than 50 councils who have found their surveillance systems cast into legal uncertainty after a successful challenge by a member of the public to how council cameras in Nowra were operated there.

The NSW government had sprung to the defence of councils’ ongoing use of video surveillance after the state’s Administrative Decisions Tribunal’s (ADT) effectively forced to Shoalhaven City Council to switch off its cameras in May 2013 after it was found their use contravened privacy laws.

Specifically, Macquarie Street the O’Farrell government has loosened privacy parameters for council use of CCTV so local governments do not fall foul of privacy laws. Specifically it has amended the NSW Privacy and Personal Information Regulation 2005 to exempt councils Sections 11 and 18 of the Privacy and Personal Information Act 1998 that cover filming in public places and disclosure of captured vision to police.

But Greens spokesman for local government, David Shoebridge, said if his motion is successful, it will not prohibit councils from using CCTV. Rather it will mean they have to comply with Privacy Act requirements and have a “basic level of competence in their operation” he said.

“Apparently the government thinks that even this moderate requirement is too onerous where increasing CCTV surveillance is concerned,” Mr Shoebridge said.

He said CCTV alone is not a solution to crime, rather it provides some “marginal deterrence” within a wider suite of strategies.

A core element in the success the challenge in Nowra to the use of council CCTV was that crime had not been reduced and that the quality of the vision was of poor quality. Privacy, civil liberties advocates and crime statisticians have persistently argued that although camera systems provide safety benefits in many environments, they are far from a panacea for crime and violence, especially offences related to alcohol.

However the ramifications of the ADT’s Nowra decision has resulted in an outcry from councils in NSW and other states because of worries it could create a precedent that could force more council cameras to pull the plug on their surveillance equipment.

Although fears persist among councils that the ADT’s decision set upon Shoalhaven could become a major problem for their crime prevention efforts, Mr Page has ardently endorsed CCTV as a “vital tool” in the fight against crime.

Mr Page said CCTV has widespread community support, assists police, gives the public a sense of safety and acts as a “strong deterrent” against criminal behaviour.

“In this day and age, CCTV is vital in keeping communities safe, and a tool that the NSW Government wants to ensure that councils can continue to use,” Mr Page said.

He emphasised recent high profile uses of CCTV that resulted in the capture and prosecution of criminals caught on camera as chief examples of their importance to upholding law enforcement.

“Footage from these cameras has proven invaluable in assisting police – whether in tracking down the Boston bombers, or the persons responsible for the brutal rape and murder of Melbourne woman Jill Meagher or the death of Thomas Kelly in Kings Cross,” Mr Page said.

In a ministerial circular, Mr Page said that police need the necessary tools for fighting and investigating crime, stressing that councils are an “important partner” in ensuring the safety and protection of communities.

Although the government has keenly backed the use of CCTV by councils, it has faced resistance in the Legislative Council by the Greens who have echoed the reasoning of the ADT’s decision.

Mr Page was not letting the Greens introduce this motion unanswered.

Mr Page accused the Greens of protecting criminals and exposing the community to potential crime and violence by moving to disallow government regulations to keep CCTV cameras on.

“It is disgraceful that under the guise of ‘privacy protection’ the Greens want to cloak the criminals in anonymity,” Mr Page said.

The upcoming federal election has factored into the CCTV issue as Mr Page acknowledged the federal Coalition’s pledge to fund video surveillance for local government.

“Federal Opposition Leader Tony Abbott has announced that a Federal Coalition Government, if elected would contribute $50 million around the country to fund CCTV for councils to assist in crime reduction,” he said.

However Mr Page did not mention the $40 million National Crime Prevention Fund that will support CCTV systems and lighting, which was announced by Prime Minister Julia Gillard in April 2013.