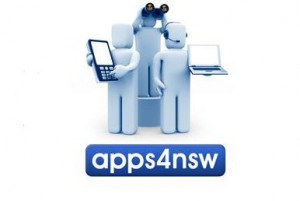 The New South Wales Baird government is set to replace its highly successful four-year ICT Strategy launched in 2012 with a far broader government innovation agenda and policy that will kick off in early 2016.

After putting in place key platforms and reforms that have propelled New South Wales to the front of the Australian digital government pack – and arguably made it a world leader in customer service delivery – Minister for Innovation and Better Regulation Victor Dominello says the state isn’t about to step off the accelerator of change.

Although specifics are still being thrashed out, the core of the new push is to continue to use the government’s so far successful technology-led reform program as a catalyst to build a sizeable technology sector in the state that’s capable of independently generating jobs and exports through collaboration with industry and the research and development sector.

“We must reimagine the role of government in the digital age and as we move into a new phase of digital government, we will engage with industry, the research sector and the broader community to ensure NSW continues to be a leader in this field,” Mr Dominello said.

Of course it doesn’t hurt when Sydney and other parts of the state are already home to heavily technologised industries like banking that can benefit directly from the state government’s successes.

Having attracted international giants like Google and Apple to set up their headquarters in Sydney, the state government has overtly pushed the fact that it wants to maintain a thriving technology and services talent pool that both it and industry can draw upon.

To push the synergies of government and industry working together, Mr Dominello revealed the NSW government has appointed a new ‘Digital Government Advisory Panel’ that he said would “play a pivotal role in shaping the government’s approach to future ICT reform.”

The appointment of Kelly Bayer Rosmarin, who is the Commonwealth Bank’s Group Executive for Institutional Banking and Markets, is particularly notable.

It indicates the Baird government is keen to tap into the kind of thinking and leadership that helped propel the CBA to become one of the world’s financial technology leaders following the successful implementation of a new core banking platform by its former tech guru Michael Harte.

Mr Dominello and the Baird government are also heavily pushing the creation of the new NSW Data Analytics Centre (DAC) as a key enabler to expose and mine the vast data repositories held by state agencies to not only create visibility and transparency, but to give developers access to information to create apps, services and products that would otherwise be impossible.

“Government will work with industry to identify opportunities for consistent practices and the use of data standards for interoperability. The NSW Government will collaborate with other jurisdictions on data sharing issues to develop analytics tools for the development of better regulation,” the new Digital+ 2016 ICT Strategy Update says.

But while the declaration of an intention to “collaborate with other jurisdictions” on data related issues is a worthy goal, one still as yet unresolved major issue is the creation and management of interoperable digital identity credentials for citizens, businesses and government employees.

While Canberra and the recently created Digital Transformation Office (DTO) have stated their firm intention to develop a digital identity – effectively a single sign on – to enable access to multiple Commonwealth systems like Tax, Centrelink and Medicare, the NSW government is forging ahead with its own similar project.

The question all jurisdictions are now all necessarily asking is whether a single digital identity instrument or set of interoperable instruments needs to be created to ensure the ‘rail guage’ fiasco of incompatibilities that plagued Australia’s early transport network is not repeated to the detriment of citizens, business and the economy.

The DTO is understood to still be in the ‘discovery’ phase of the development of its credential, it is understood that at least some federal thinking is leaning towards a system of ‘federated identity’ that would allow cross compatibility.

A series of major federal announcements are expected in around a fortnight when the Turnbull government recasts and sets out its own Innovation agenda for more than $9 billion in expenditure following the recent change in prime minister.