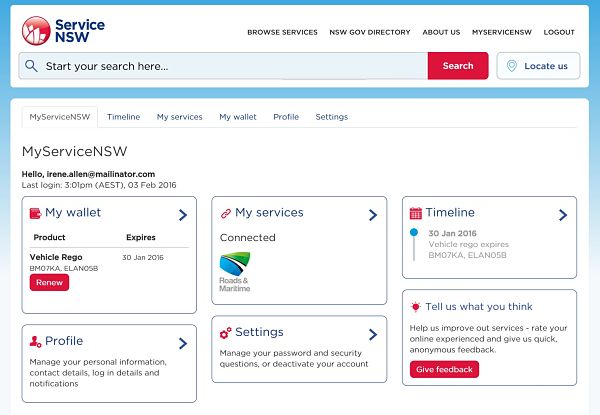 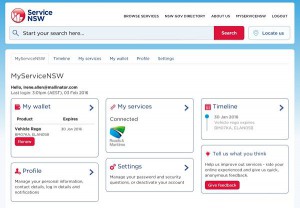 New South Wales has come good on its promise to launch its own digital identifier and centralised customer account log-in for online government services, a move that will allow citizens to access services, transactions and payments across multiple agencies from one screen and session.

Minister for Finance, Services and Property, Dominic Perrottet on Thursday announced that the “first phase” of the MyServiceNSW online account facility had gone live, with key players the Roads and Maritime and the Office of State Revenue being the initial agencies to plug-in customers.

That move in turn collapses the legacy of customers being forced to use dozens of individual log-ins and passwords for each agency they deal with.

It’s also set to be a major cost saver for councils, now in the unpopular process of being forcibly amalgamated, because the NSW government has previously indicated it has no quibble with local governments in the state also using the service.

But it’s not such great news for Canberra however, which has been experiencing its own difficulties with online service delivery.

The launch of a new state-based digital identifier potentially competes with plans to expand the Centrelink created myGov online credential across multiple jurisdictions and potentially into the private sector.

The revelation that NSW was planning to launch its own digital identifier last year took federal authorities, including the newly launched Digital Transformation Office, by surprise and laid bare significant differences between the states and Canberra in how government issued digital identifiers would be developed.

By far the biggest sticking point between Mr Perrottet and the federal myGov credential is the amount of time it is taking to stabilise and extend the digital identifier across jurisdictions.

Despite having broadly similar and sometimes almost identical visions for online service delivery, Mr Perrottet and the NSW Government have made it clear they are simply not prepared to wait on Canberra to create a single identifier to serve the state’s citizens, opting to go it alone and be the first to market.

“Too often online services for different government agencies require different websites and multiple accounts,” Mr Perrottet said. “But good service means putting the customer at the centre of the experience.”

“Our citizens should only have to ‘tell us once’, and that’s what we are aiming for with MyServiceNSW.”

Although NSW taking the lead will undoubtedly benefit its citizens, the move runs the risk of recreating a digital version of the infamous ‘rail-gauge’ fiasco between Australia’s states where trains had to stop at the border because of different width tracks.

That scenario poses a potential nightmare for citizens because it means they could have to traverse multiple log-ins across federal, state and local government platforms when in reality many of the transactions and services are linked in one way or another – especially in areas surrounding health, welfare property and finance.

As Communications Minister, Prime Minister Malcolm Turnbull was adamant duplications should where possible be avoided.

The burn for businesses operating across multiple states is even worse if the online landscape for the Australian public sector Balkanises. That’s because they will potentially have to navigate close to a dozen interfaces for compliance and other regulatory requirements governments are trying to automate in the name of cutting red tape.

Businesses that have ‘Know-Your-Customer’ regulatory requirements or rely on secure online transaction and identity credentials – particularly banks – have been hoping for years that a single government issued digital identifier will become a reality because it could massively streamline customer enrolment and verification at the same time as wiping out billions of dollars of fraud.

They include the ANZ bank that last year openly pushed-back against efforts to create a so-called federated digital identity framework that operates by cross checking credentials issued across multiple sources.Speaking after a presentation at the Gartner Symposium 2015 ANZ’s Chief Technology Officer Drs Patrick Maes was adamant a move to secure digital identities had to happen, but his institution didn’t need to play the role of an identity issuer.

“We [ANZ] do not want to be an identity provider; that is not our role as a bank.”

Despite the robust discourse, there is still clear potential for Canberra, the states and industry to collaborate on an interoperable national framework for digital identifiers with the DTO, NSW and some banks all known to be open to cooperating.

Mr Perrottet said the MyServiceNSW initiative formed part of the pursuit of the Baird Government’s ‘State Priority’ of digitising 70 per cent of government transactions conducted via Service NSW by 2019.