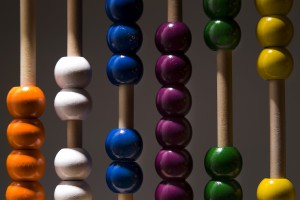 Shadow Human Services minister Senator Doug Cameron has seized on an admission the by the government and welfare bureaucrats that there is currently no way of telling how many of the controversial leasing operators — which effectively operate as high interest lenders to purchase consumer goods — are signed-up to take money from welfare beneficiaries.

The targeting of welfare clients by the high-cost leasing services has been severely criticised by social welfare advocates and services who feel that the government is aiding highly exploitative businesses that can charge effective rates of 70 per cent to pay off whitegoods, consumer electronics and mobile phones.

The leasing companies, which include Radio Rentals, Make-It-Mine and Rent-The-Roo, usually operate through rent-to-buy mechanisms which financial services giant Credit Suisse has described as a “regulatory arbitrage” that gets around mainstream consumer lending regulations.

Even getting a firm figure on just how much taxpayer’s money is being recycled into shareholder dividends via Centrepay is proving a difficult task.

Responding to a Question on Notice asked by Senator Cameron on how many consumer leasing deductions were in place and what they’ve been reaping, Senator Payne said it was “not possible to provide a list of Centrepay organisations whose business is the provision of consumer leases under which Centrelink clients may lease and/or purchase household goods including whitegoods, electronic equipment and furniture.”

The bottom line is that the government just doesn’t collect the information, an admission certain to inflame tensions between the Minister’s office, welfare advocates and the Opposition.

“Businesses may be approved to participate in Centrepay for particular service reasons, such as Household Goods or Basic Household Items, but the contract between the business and the department does not require the business to inform the department as to whether particular goods are provided through consumer leases or by other types of contract,” Senator Payne said in her answer.

That lack of data immediately sent the Shadow Human Services minister into overdrive.

“Minister Payne has lost the plot when it comes to access by consumer leasing businesses to Centrepay,” Senator Cameron said.

“Her lack of attention and her continued inaction, places Centrelink clients at risk of financial distress through the continued access that these fringe financial product retailers have to Centrepay.”

What has been coughed-up is evidence of the growing scale of transaction volume and business that Centrepay now generates, based on a 99 cent fee charged to entities that receive money directly from people’s welfare payments.

“The total of all Centrepay transaction fees received in the 2013-14 financial year from all Centrepay organisations to which such fees are charged was $15.5 million,” Senator Payne’s answer said.

But that money is just the tip of the iceberg. The 99 cent fee that Centrepay collects is just a small fraction of the amount deducted regularly, that is charged to organisations receiving the automatic deduction.

It’s a growing business too, with the total of all Centrepay transaction fees received in the 2014-15 financial year to 31 March 2015 already at $12.4 million.

Despite 2013-14 fee revenue of $15.5 million, Senator Payne’s answer has put the cost of administering Centrepay for that financial year at $16 million, putting the service below break-even.

The figures also reveal one of the reasons why the government might be reluctant to cut off exploitive providers who typically target customers unable to obtain mainstream credit.

While many welfare recipients might make poor financial choices going through consumer leasing companies, the payments nonetheless generate a revenue stream for Centrepay that may not otherwise be there, making the operation of the service considerably more expensive.

Many non-commercial organisations getting money via Centrepay also qualify for exemptions from the transaction fees, a factor that is likely to make the proportion of revenue derived from commercial providers even higher.

State governments also have a bone to pick with how Centrepay is run.

A number of state agencies which have substantial amounts owed to them by welfare recipients are known to be pushing to have access to Centrepay to hit payments in the same way as child support money is taken from payments to parents that don’t contribute their share of upkeep.

Part of their argument is that it is unfair that the states now spend considerable expense chasing down debtors and trying to force payment from them when it could just be extracted electronically.

That kind of measure is appealing because it could negate very substantial recovery costs that in aggravated cases of non-payment for fines or court ordered payments can result in people getting jail sentences – a cost that the state again has to wear.

Meanwhile, the Opposition is not letting go.

“The Minister must audit Centrepay and take immediate steps to ensure Centrepay works as intended — as a budgeting tool for Centrelink clients — not as a tool to facilitate rip-offs and profiteering”, Senator Cameron said.