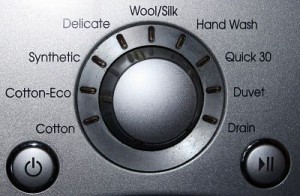 Labor’s Shadow Human Services Minister Senator Doug Cameron has again hit out at the large amount of cash being funnelled from welfare recipients to controversial consumer leasing companies via the Department of Human Services‘ Centrepay automatic deduction facility – but the large amount of bad publicity the high price schemes attract might just be starting to have an impact on their popularity.

Answers to Questions on Notice to Senate Estimates hearings just published reveal a whopping $23.6 million was transferred by Human Services to consumer leasing providers in January 2016 alone, but the welfare payments juggernaut says both the value and volume of payments are now trending down rather than up.

Consumer leasing deals have long been on the nose with social justice advocates, the Opposition and financial regulators because they lock customers into deals that charge huge effective interest rates, sometimes as high as 884 per cent a year for simple household goods like washing machines.

The lucrative schemes have successfully operated in a grey area of the law that skirts the boundary of credit rules by marketing what are effectively high interest loans to buy goods as rental agreements to economically marginalised people with poor financial literacy.

But while the level of controversial welfare payments to companies like Thorn Group’s Radio Rentals – which was recently busted by ASIC for overcharging customers $1.2 million – remains high, Human Services’ latest answers seem to point to a tapering of popularity.

With Estimates given evidence last year that $350 million in welfare money was shelled-out to consumer leasing brokers, the $23.6 million revealed for January 2016 extrapolates to $283.2 million if annualised by multiplying by 12, a fairly reasonable decline.

Intriguingly one area that is going up is the number of consumer leasing providers registered to accept payments from Centrepay which jumped from 198 from the last tally last year to 251 in January.

Presumably that means that a shrinking put of money is now being spread more thinly between a bigger number of consumer leasing providers – the consequences of which are still a little unclear.

“While they fiddle at the edges and defend the indefensible, people are being exploited, $23 million per month is being paid out at exorbitant interest rates via Centrepay,” Senator Cameron said, saying Labor would cut off welfare access for consumer leasing companies he said charged exorbitant amounts.

“It could be ended today, if the Minister [Tudge] showed the slightest bit of concern for vulnerable and disadvantaged Australians,” Senator Cameron said.