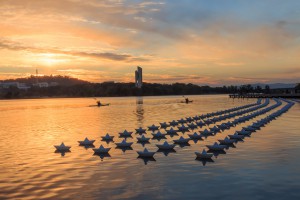 The Opposition has shifted-up a gear in its application of pre-Budget pressure on Human Services Minister Senator Marise Payne, bringing in a raft of welfare, charity and consumer law groups to detail their current problems with the massive Department of Human Services and its payments systems ahead of a massive $1 billion core technology overhaul.

Shadow Human Services Minister Senator Doug Cameron on Monday again demanded further details from the government about what is set to be one of the biggest technology projects on the federal landscape in more than a decade as both the Department and its Minister try to sit out the conspicuously uncomfortable silence of the pre-Budget quiet period.

While the business plan for the overhaul has been approved by Cabinet, specifics over the government’s go-to-market strategy for the giant build remain under wraps with Human Services saying only that industry pre-briefings will be announced from AusTender and that no further “individual enquiries from the market” will be considered until further notice “for probity reasons.”

The replacement of the Centrelink’s 1980’s vintage mainframe application (which has the unfortunate name of ISIS) has been on the cards for several years, but repeatedly delayed because of a combination of policy and budget constraints on both sides of politics.

However consumer, social welfare and community groups have a vested interest in the replacement system working properly out of the box — not least because they and their clients will depend on it as the government increasingly looks to increased activity testing and the use of non-government providers to deliver welfare, training and job support services.

Many of those groups will have vivid memories of the Howard government’s trouble-plagued implementation of the Job Network computer system and related software that was supposed to link private and non-government service providers with government entities like the then Department of Education, Employment and Workplace Relations (DEEWR).

A core failing of that policy was that while DEEWR had the latest and most sophisticated software platform from Microsoft, most NGO providers were stuck on home-coded legacy apps and ageing operating systems like Windows 95 and subsequently found both themselves and their clients cut off when a new system called ESS went live.

Many providers simply could not afford new computer infrastructure that was compatible with the government’s rollout.

Other large government core system rollouts around the time — including Customs’ Integrated Cargo Management System and Immigration’s now widely maligned ‘Systems for People’ — had similar degrees of reflux for external stakeholders, who quickly applied a blowtorch to relevant ministerial offices to express their anger.

“I am not confident that this government, in the chaotic position it is in, has got the capacity to do this properly,” Senator Cameron said.

“Given the submarine fiasco, when we’ve got the biggest ICT investment ever in this country, it’s just unacceptable that there is no business plan out there for people to look at, so I am calling on the Minister to provide the business plan so that we can see what the government is doing.

The price of smaller scale technology is also on the minds of Senator Cameron and welfare advocates, not least so called ‘rent-to-buy’ deals that extract payments directly from Centrelink’s Centrepay direct debit facility that takes money out of welfare deposits from the government before it goes into client bank accounts.

Companies like Radio Rentals and ‘Rent the Roo’ that have specialled in mining the welfare sector through Centrepay remain in the Opposition’s cross hairs because of the high end-price of rental goods that can often be as much four times retail prices and can equate to effective interest rates of as much as 70 per cent a year.

Senator Cameron said discussions with advocacy had revealed “real concern that the most vulnerable people in our community are being ripped off by some of the most well-known companies in our country. That’s an unacceptable proposition.”

Senator Cameron said in indigenous communities there was evidence of the use of Centrepay “to get people on to funeral plans and getting them to sign up to two or three funeral plans.”

“The Minister should not be allowing this to happen, and she should be acting swiftly to ensure that the most needy in our community are not being ripped off by greedy, rapacious companies.”