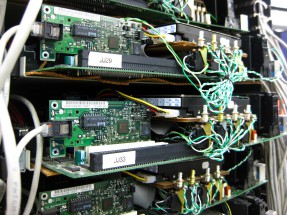 The federal Department of Human Services has hit back at accusations by the Community and Public Sector Union that the giant welfare agency is preparing the ground to enable it to send call centre work offshore while at the same time rolling out “powerful new monitoring and performance management technology” without telling staff.

The union last week put Human Services on notice that it was lodging a dispute over the rollout of the Managed Telecommunications Services (MTS) system, saying that the department was “avoiding the legal obligation to consult on these proposed changes” with staff and the union.

A key irritant in the already strained relationship between the main public sector union and Human Services management has been whether and to what extent private sector suppliers can potentially take on the work of public servants either through outsourcing arrangements or as technology suppliers.

The widening of outsourcing to private enterprise was a key theme in the Abbott government’s Commission of Audit report and unions have been on red alert ever since.

In a bulletin to staff last week the CPSU directly questioned the use of “Voice Biometrics” and technology that enforces “recording that tracks the way you and customers talk on the phone.”

A key issue of concern to the union is the potential for applying the so-called voice printing technology to not just verify customers’ identities, but also to digitally detect their demeanour and also monitor the response and performance of staff.

Voice analysis technology that detects demeanour and mood, especially in response to questions is already used by parts of the insurance industry to flag potential fraud and is sometimes linked to voice signatures to positively identify callers — a particularly useful capability in detecting fake identities or impersonations.

However Human Services late on Friday moved to firmly clarify it was already a longstanding user of biometric voice technology, but that its extension in the future isn’t looking at the mood scanning option.

“Since 2005 the Department of Human Services has used Voice Biometrics as an authentication mechanism to ensure that the system is connecting customers with the correct identity record. The department is improving this system and expanding it across more DHS phone lines,” Human Services’ Mr Jongen said.

“The department does not use voice biometrics to detect or analyse customer moods or emotions nor to assess or monitor the demeanour or manner of staff on calls,” he said.

Mr Jongen also dismissed the notion that Human Services could be preparing the groundwork to offshore some call centre functions, saying that CPSU’s “claims that the linkages to Telstra’s global ‘Telephony Carriage Services’ enable work to be moved to any private company in the world is also incorrect.”

On the disputed issue of staff consultation, Human Services’ media point man said that the “Managed Telecommunications Services (MTS) project team has been engaging with staff and their representatives through a variety of channels since 2012,” and but acknowledged there were some changes afoot.

“The department is implementing a suite of software products that updates existing technology and will bring the Centrelink telecommunications platform into line with Child Support and Medicare,” Mr Jongen said.

On the issue of “intelligent routing” — which the CPSU had cautioned could “divert calls to any staff in the department” — Mr Jongen said Centrelink had used intelligent routing since 2002 “to direct customers to the correct agent.”.

“This is an upgrade from analogue to digital routing,” he said.

Meanwhile, it is understood that there is a growing concern in both industry and parts of the government that plans to outsource Medicare’s payments and claims processing while the Human Services pushes ahead with a rebuild of its core welfare payments processing system, ISIS, could put risk thresholds beyond the comfort levels for some suppliers.

Human Services management during the last session of Senate Estimates confirmed the business case for the ISIS replacement had been put to the government, a move that logically can put the massive project on the runway for funding under the next Budget in May.

Treasurer Joe Hockey has previously ball-parked the cost of replacing the core Human Services transactional system at around $1 billion.