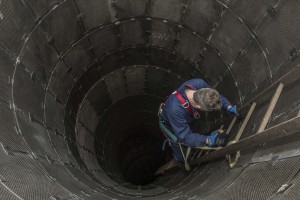 “Don’t wait in line, jump online”, that was Centrelink’s clarion call to its customers to update their family income estimate for the next financial year but anyone trying to do that last weekend would have hit a brick wall.

And if you do your personal admin on the weekend – like updating the government of your circumstances from the privacy of your home rather than from your workplace desktop – better get out your diary now.

The Department of Human Services’ (DHS) website was down between the Friday April 17 and Sunday April 18, for scheduled maintenance but people trying to access the website at their desks on Monday morning after trying all weekend would have still been unable to use it.

Centrelink customers have been asked to update their income estimates by June 30 because it could affect family assistance payments, like Family Tax Benefit A and B and childcare benefit.

An inaccurate estimate can mean paying back an overpayment or being underpaid during the year.

“From the evenings of 17 April to 19 April Centrelink online accounts underwent scheduled maintenance. Messaging was placed on the Department of Human Services website last week to advise customers of the disruption.

“We apologise for any inconvenience. If someone has had difficulty updating their family income estimate online over the weekend we would encourage them to try again as the system is now available.”

The spokesperson said there had been “some intermittent issues” with Centrelink online accounts on Monday so that some customers had been unable to access online services. The Department’s IT troubles eventually came to an end on Monday afternoon.

Centrelink customers keen to “jump online” had better to check the Department’s website before they do. Maintenance is scheduled for five weekends between Saturday 8pm and Sunday 6pm between now and August 2.

Unhelpfully, the website will be down for maintenance for the entire weekend of June 13 and June 14 – two week’s before the deadline for reporting updated family income estimates.

A DHS spokesperson defended the decision to plan maintenance at weekends and said demand for the Department’s digital self-service channels was highest on weekdays so maintenance was generally scheduled over the weekend.

“Some maintenance involves components that are shared across multiple channels or multiple types of claims, and the impact on customers is assessed accordingly,” said a DHS spokesperson.

“The age and complexity of the department’s IT systems means regular maintenance a necessity.”

Meanwhile, if the DHS website is down, the Department is encouraging people to use the Express Plus Centrelink mobile app, call the Families’ line or go to a service centre in person.

Scheduled maintenance has become a recurring theme for DHS as it desperately attempts to prop up the ailing 30-year-old welfare benefits processing and payments system.

But hope is in sight, after the federal Cabinet finally gave the green light earlier this month for the massive technology overhaul costing upwards of $1 billion that is anticipated to take at least five years.

The limitations of Centrelink’s clunky, inflexible and maintenance-heavy Model 204 database are well known.

Minister for Social Services Scott Morrison and Minister for Human Services Marise Payne said recently that even simple system changes could be time consuming, expensive and have an unforeseen impact on other parts of the system.

“The highly complicated nature of the old technology also requires costly ongoing support from a declining number of specialised staff familiar with the technology,” they said.

Ms Payne said that “the 1980s technology propping up the current system was built for an era of paper records”.

“It is costly to maintain and incapable of taking full advantage of the digital age. Much of the complexity people associate with claiming government assistance is a result of the red tape created by the ageing system,” she said.

“This 30-year-old system consisting of 30 million lines of code and undertaking more than 50 million daily transactions is responsible for delivering around $100 billion in payments to 7.3 million people every year,” Mr Morrison said.

The current system has a number of drawbacks including being unable to send real-time information to a customer about their claim’s progress, so they have to ask about this online or over the phone.

The DHS said that the new technology would: “reduce the need for outages and allow the department to do more maintenance without affecting customers” and added that parents can also update their current financial year estimate at any stage throughout the year.

Almost half of all Centrelink transactions still result in face-to-face or phone contact and some claims like Disability Support Pension or Carer Payment are not available online, they are paper claims needing to be scanned, processed and manually re-entered into the system.

2 thoughts on “Down, down Centrelink’s down”