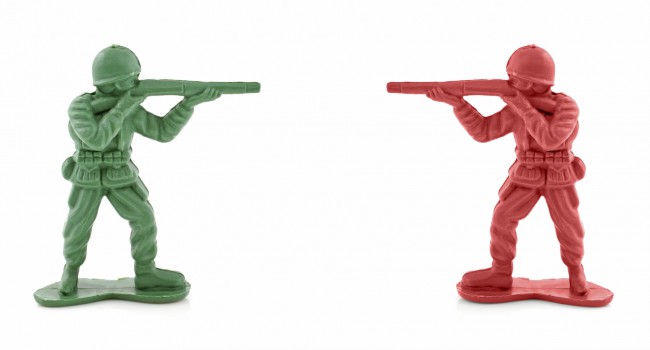 [Editor’s Note: Both Medibank Health Service and the Department of Defence dispute and reject the assertions made by the Australian Medical Association in this article, which was originally published in the October-November issue of Government News. Please read the responses from MHS and the Department]

One of the first issues that [Prime Minister Tony Abbott’s] new Government needs to tackle is the provision of health services to our hard working defence personnel.

It is becoming increasingly clear that Medibank Health Solutions (MHS) has failed to live up to expectations in the management of its $1.3 billion contract to coordinate the delivery of health services to Australian Defence Force (ADF) personnel.

There is widespread disquiet about the arrangements among serving personnel and health professionals. Politicians in Canberra have been approached by serving personnel, including those who have returned from Afghanistan, complaining about long delays in accessing specialist medical treatment. Not surprisingly, these personnel are reluctant to speak out.

Thousands of doctors refused to sign up to the ‘preferred provider’ style contracts that have been issued by MHS for off-base medical services because of unilateral cuts to fees, unreasonable contract conditions, and concerns about the impact on patient choice, privacy, and clinical independence.

A survey conducted in 2012 by the AMA showed that only one in 10 specialists across the country had signed up to MHS contract arrangements after they were issued.

It is also an insult that the schedule of fees set by MHS for the specialist medical treatment of defence personnel will be lower, in many cases, than those paid for patients under various workers compensation and transport accident schemes.

It is reported that around 4000 specialists are currently contracted by MHS for the provision of off-base medical services, whereas under previous arrangements the AMA understands that around 7000 specialists were regularly utilised by Defence.

As a result, referral to the right specialist is more difficult and, in some cases, access to treatment is not as timely as it should be.

More recently, MHS has starting returning invoices to many doctors and other health professionals unpaid.

Despite MHS approving referrals and its Central Appointment Team coordinating the appointments for ADF personnel with providers, MHS is insisting on the inclusion of additional information on invoices to verify that the service was approved. Surely its own systems can keep track of this information.

MHS and the ADF have tried to paper over these cracks publicly and in various Parliamentary proceedings.

However, it is clear that MHS is struggling to arrange access to off-base specialist services in many areas. In places such as Darwin, Townsville, Canberra and the South Coast, where major Defence facilities are located, the problem is even more acute.

How could this have been allowed to happen?

The medical profession is renowned for its support for serving personnel and, under the former arrangements, ADF members inevitably got timely access to high quality medical care.

Keeping our troops fighting fit should be a priority for the ADF. A timely return to active duty is good for the patient and the ADF alike.

The key failing from the AMA’s perspective has been the lack of consultation with the medical profession.

The ADF has a very poor record in this regard. There was no discussion with the AMA over the initial decision to put out a tender for the provision of health services, despite the potential for the AMA to play a very constructive role – as we have attempted to do in discussions with the ADF in the past.
MHS put out what we would describe as a ‘take it or leave it’ offer to specialists to sign up to its preferred provider arrangements. Again, there was no consultation with the medical profession over the form of contracts or the fees paid. Sadly, many doctors with a long history of supporting ADF personnel simply walked away as a result.

Importantly, it’s not just the medical profession that has been forced to walk away from MHS. Other health professions, including dentists and physiotherapists, are equally unhappy with the arrangements that have been put in place.

Close to a year since MHS took over Defence Health services, it seems no closer to having resolved the problems that have plagued this initiative.

On-base medical officers tell us about the extensive ‘work arounds’ that have been put in place to fill gaps. MHS still does not have enough specialists on its list of contracted providers, and MHS regularly has to negotiate with individual doctors in order for ADF members to get access to care. There is now more paperwork and bureaucracy and delays in accessing care.

This is an intolerable situation that the new Government has to solve. The AMA has attempted to negotiate more reasonable contracts but so far has been rebuffed by MHS, which seems intent on putting in place band-aid fixes. Our serving personnel deserve much better.

The Coalition, in Opposition, was highly critical of the health services being offered to ADF members under the MHS arrangements. Now that it is in Government it cannot turn a blind eye to this issue. The Government must move quickly to review the whole arrangement and deliver a real and lasting solution.

Unless MHS is prepared to sit down with the medical profession and overhaul its arrangements, it seems that one way forward might be to utilise the Department of Veterans’ Affairs to facilitate access to care.

The DVA has a long history of looking after those who have served and, while it would have to work with the profession to develop a more suitable schedule of fees, it could be a viable alternative.

The AMA stands ready to help the Government with delivering a solution. We fully support our serving personnel who deserve a much better deal than the current arrangements, which seem to be more about keeping costs down than delivering high quality health care.

*Dr Steve Hambleton is the President of the Australian Medical Association (AMA).