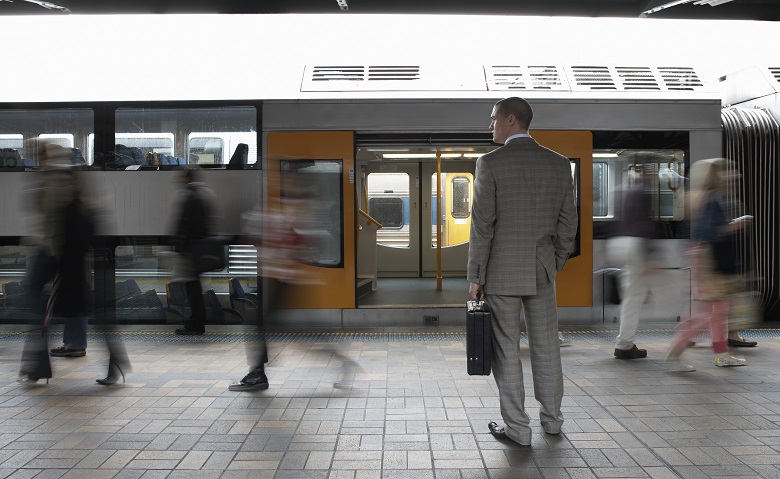 On-demand transport will one day replace timetables under the NSW government's vision for the future.

The NSW government would like to see Sydney move towards the death of the timetable and adopt a “Netflix” approach to public transport, a conference has heard.

Roads and transport minister Andrew Constance told the Urban Taskforce Annual Conference, Cities Shaped by Transport, he looked forward to the day where commuters could just ‘turn up and go’ rather than being bound by timetables.

“One of my goals with a growing city, like we’re seeing in terms of Sydney, will be the death of the public transport timetable, and I think that will be something celebrated,” he said.

This is already happening in some areas of the state, including the Sydney Metro, the B-Line Bus project on the Northern Beaches and lower north shore and the Bondi 333 bus service, he said.

“Customers don’t need to plan or think about their journey, just turn up and go,” Mr Constance said.

“It’s a bit like Netflix  – you sign up for a nominal fee each week or month, and all the different pricing for public or private providers will be built in, whether that be an Uber or a ride share car or bicycle or a metro train,” Mr Constance said.

Mr Constance said Transport for NSW was focussed on changing the way commuters get around the city and reducing travel times.

Transport was no longer a policy afterthought, he said.

The Sydney Metro West would “fundamentally change the way we get around our city for generations to come,” Mr Constance said.

“It’s going to slash travel times between Parramatta and the CBD to around 20 minutes. A journey from Central to Sydney Olympic Park will take just 14 minutes.”

From ‘transport’ to ‘mobility’

Mr Constance also said in the future transport would be framed as a “mobility service”.

“If I could get rid of the word ‘transport’, that’s what I’d do; I’d change it to ‘mobility’ because … one of the key elements in all of this must be innovation,” he said.

Transport is about more than just getting from point A to point B, he said. Rather, it’s about “city shaping” – connecting regions and delivering the 30-minute city, something Sydney hopes to attain in the next 15 years.

“There is no doubt that the growth in metro in particular in making us a 30 minute city is going to be something that will enable us to reach our target of 70 per cent of people living in Sydney, being in a 30 minute city, by 2036,” he said.

Mr Constance also noted public transport was the worst barrier for people with disabilities and said the NSW government had invested $2 billion to improve accessibility across the network.

“Every station must be accessible across the network. We’ve been able to at least get over 50 new lifts into stations in the time that we’ve been in office. The last government was delivering two lifts a year; unacceptable in this age,” he said.

One thought on “Death of the public transport timetable”