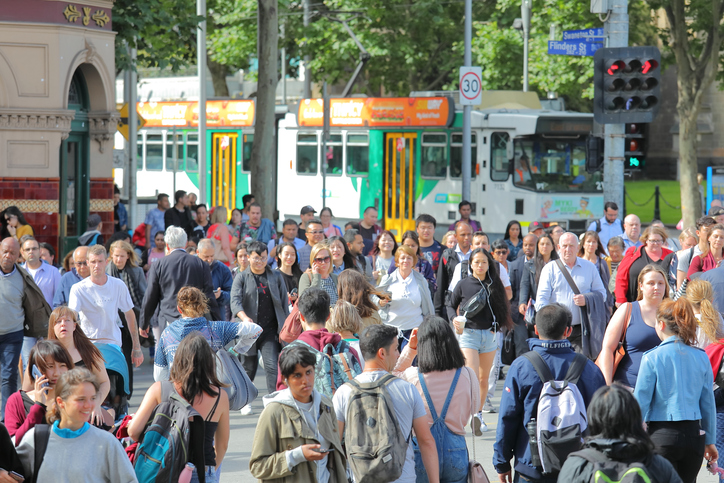 Melbourne’s public transport services have failed to keep up with booming population growth, according to an analysis of two decades of state government data.

The average service level of Melbourne public transport per head of population has plummeted in the last seven years, according to an analysis of data from the Victorian Department of Transport by the Public Transport Research Group (PTRG).

The analysis shows transport levels have taken a dive since 2012, with service levels failing to keep pace with the population – which has grown almost 4 per cent since 2011.

PTRG director Professor Graham Currie , who on June 6 presented at MAV’s Infrastructure and Asset Management Conference in Melbourne, said the decline in service levels is in fact “accelerating” per person.

“What this data shows is that our investment is not keeping up with growth – when we should be increasing services per person, actual policy is we are in decline. If Melbourne is going to be the size of London, it’s time to invest so can have equivalent services and service quality,” he told Government News.

A report released in 2018 first signalled the trend, but Professor Currie says an updated analysis of figures from last year completed last week using recent Victorian Budget papers reveal the decline is only getting worse.

The analysis comes as Melbourne’s population continues to skyrocket, set to grow from 6 million in 2022 to 12 million in 2066.

‘Transport fusion’ is the antidote

Investment in shared mobility or ‘transport fusion’ is critical to keep pace with these forecast levels of growth, Professor Currie says, or the liveability of Australia cities will be compromised.

With cities housing the vast majority of people since around 2007, cities need to get smarter about mobility, Professor Currie says.

Shared mobility with high capacity for occupancy such as trains and buses are absolutely essential to tackle population growth, he says, with car occupancy reducing rapidly over time, even with the rise of services like Uber.

“We need transport that’s shared. Cycle, vehicle, walk is not shared mobility. We need to be efficient in time and space and environmentally efficient,” he said.

Professor Michael Kennedy of the Monash Institute of Transport Studies says the State Government needs to drastically rethink transport planning by moving away from a focus on building roads.

“Simplistic slogans like “congestion busting infrastructure” are unhelpful, because they imply that just building more roads and other infrastructure is the answer, which is simply wrong. While providing transport infrastructure is one element of the ’solution’, the space does not exist, for example, to add any more arterial roads, and it wouldn’t be a good idea anyway,” he told Government News.

This story was updated with comments from Professor Michael Kennedy.