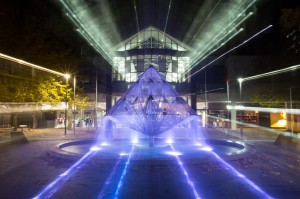 The Australian Capital Territory Government has appointed the national capital’s first ever Chief Digital Officer, as Australia’s only equivalent to a city-state pushes hard to rebrand itself as a thriving tech savvy metropolis that delivers world-class services to both residents and businesses looking to move there.

The ACT’s Chief Minister Andrew Barr has named Kiwi tech evangelist Jon Cummings as the Territory’s first CDO, a move he says will “lead the whole of government digital strategic direction to ensure that our ACT Public Service is digitally innovative, dynamic and capable in its service to the community.”

Mr Cummings has been spearheading the New Zealand government’s substantial digitisation efforts. His hiring is notable because it is the first time a state level Chief Digital Officer has been appointed in Australia, a move that could be emulated by other governments.

So far significant CDO appointments have largely been spearheaded by state capital city local governments, namely Brisbane that set the pace with the appointment of Kieran O’Hea who added substantial economic development nous to the position in addition to tech savvy.

Mr O’Hea’s appointment in Brisbane in 2012 (a role which he has since stepped down from in 2014) has become regarded as somewhat of a catalyst for capital cities looking to weave the benefits of the online and digital economies into their citizen services and economies.

According to the ACT government, its new CDO will help deliver of the key priorities of strengthening its digital economy, the creation of capacity, collaboration and workforce participation and the enhancement of Canberra “as a truly Smart City with the roll out of CBRfree Wi-Fi network”.

For Mr Cummings’ part, he says he’s excited to be taking on the role as the ACT’s first CDO.

“The digital revolution can make people’s lives better. My role as CDO is to facilitate the community’s digital knowledge, to take them on a journey and change mindsets about the infinite possibilities, wonderment and experiences that a truly connected city and world offers.”

The appointment of a candidate from overseas might also play out to be a canny move for the government in charge of Canberra given some of the top level tech talent the city has been donating to other states.

The previous technology head of the ACT Shared Services (and effectively the government’s chief information officer), Michael Vanderheide was quickly snapped up by the Victorian government to put its IT house in order after demonstrating conspicuous competence in Canberra.

The City of Melbourne also managed to attract Ben Rimmer — the high profile federal Department of Human Services deputy secretary who was in charge of the substantial myGov cross-agency digital identity project — to become its chief executive.