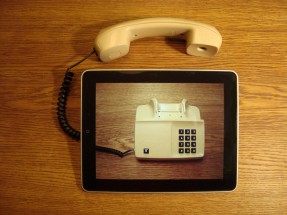 The Federal government’s new Digital Transformation Office (DTO) is moving fast to put flesh on the bones of its Prime Ministerial mandate to get the vast bulk of government services and transactions online by 2017, publicly releasing a wedge of detail based on questions from stakeholders that need to move quickly to comply.

Federal agencies have been told they will need to have a Digital Transformation Plan ready by September this 2015 for services that are with the scope of a new Digital Service Standard based on “criteria that Australian Government digital services must meet to ensure our services are simpler, faster and easier to use. Meeting the criteria means we can consistently provide high quality services and satisfy our users’ needs.”

The new Transformation Plans and the accompanying Digital Service Standard are a big deal for agencies and departments with an online presence because they for the first time impose a substantial degree of standardisation and uniformity in the way the federal sector puts itself online.

The lack of a coordinated online approach between agencies, departments and portfolios has been one of the biggest impediments to getting well-coordinated government transactions and services online over the past 15 years because decisions on which technologies and standards to follow were usually made on an ad-hoc or individual industry basis.

Spearheaded by Communications Minister Malcolm Turnbull, the DTO has been charged with bringing tangible order and progress to government services online as Canberra tries to catch up with the user experiences offered by banks, retailers and other public facing businesses that have cut costs and increased customer satisfaction and the range of services offered.

The pointy end of the massive online makeover appears to be the definition of what is and what isn’t in scope for the Digital Service Standard and falls into roughly two categories.

For existing services already operating– many of which would presumably require some degree of work to conform to the new Service Standard — agencies have been told they will need to have firm plans on how to transition in place by September 2015, a period of less than six months that includes the release of the federal Budget.

It won’t be a matter of just submitting a few folders of motherhood statements either. The DTO has confirmed it will be keeping tabs on agency’s progress through a dashboard that feeds off benchmarks and a framework for each of the services defined as in scope.

The two key definitions are “Transaction Services” and “Digital information as a service.”

For transactions the bar appears to have been set at around 50,000 transactions a year while “all information that is the responsibility of, or is partly owned and/or funded by, a government department or agency is subject to the Digital Service Standard” the Q&A guide says.

If existing services which need to submit a transformation plan by September think they have it tough, new digital services and information coming online will have to comply straight out of the box before they go live.

For new digital information, the compliance deadline has been set at July 2015, a date that is sure to have an effect on new measures coming out of the 2015 Budget.

However the DTO has also brokered an important flexibility concession, noting that the new Digital Service Standard “may not apply to everything.

“Government services cover a vast variety of activities including some highly specialised services with very few transactions. Applying the Standard to services dealing with only a handful of transactions may have little benefit,” the latest update notes.

“Similarly legislative and/or technical barriers may prevent some services transitioning to the Standard, either in full or in part. These will need to be addressed over time.  Full or partial exemptions from the Standard may be appropriate in certain cases,” it says.

The DTO may not be making a big fuss about its weighty mandate before the Budget, but it’s certainly moving quickly to ensure the key elements of its plans are locked-in ahead of the Budget and any chance of Gershon-esque pushback developing.