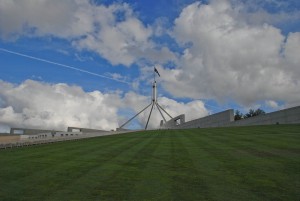 The Abbott government has spent up big on forcing through a digital reform agenda for the federal government, plumping more than a quarter of a billion dollar for a new “Digital Transformation Agenda” to drag public service systems, transactions and mindsets out onto the same footing as internet retailers and online banks.

The Budget Paper’s reveal that some $254.7 will be sunk into the digital rehabilitation of the public service, with $95.4 million of that earmarked for the much vaunted Digital Transformation Office “to ensure that all new and redesigned government services are easier to use and can be completed from start to finish online.”

It’s a lofty ambition with a big price tag, however it appears that most of the money will come in the form of allocations from other agencies, which is consistent with previous indications.

However it where the rest of the Transformation money, some $159.3 million, will be spent that is likely to arouse cross government interest.

The Budget Papers reveal a push to further boost the myGov online customer credential by allowing more services to tap into its customer authentication facility.

The papers also spell out an extension of the “tell us once” services — which essentially cross populate information between departments and the extension of myGov to allow all Australian businesses to use the credential for their online dealings with government.

But perhaps the most controversial aspect of the new funding is the exploration of a “digital identity services” that could re-ignite the passionate debate on whether Australians need a national identity document similar to the Australia Card.

The increasing utilisation of myGov to provide digital identity functionality also raises the possibility that the government will use an opt-in mechanism to generate public support for a national credential that could, if the government and end users agree, also be used to secure commercial transactions like bank transfers or the setting up of new accounts.