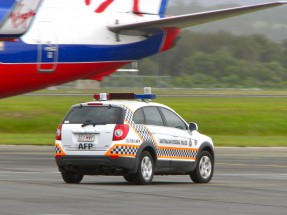 The latest federal Budget is the first to explicitly earmark funds to address the issues of fighting cyber crime and cyber terrorism. Security specialist Craig Richardson welcomes the move, but cautions it means government agencies now face a challenge to ensure the money is spent effectively.

The Budget’s cyber security allocation also includes $131 million to implement the data retention legislation passed earlier this year. This money is intended to help telecommunications suppliers upgrade their ICT systems so they can store two-years of metadata, as required under the new laws.

From Wynyard Group’s point of view, data retention is a very important measure, critical to the investigation of serious crime, whether conducted in the real-world or online. There was serious debate about the measures, but after the inclusion of privacy provisions and safeguards to civil liberties, it was passed with bipartisan support.

The Budget also outlined government plans to spend $22 million to combat extremist propaganda on the internet, particularly on social media. The government has been concerned about the potential radicalisation of young people in this country, concerned that at-risk children and young adults are being targeted for recruitment into foreign conflicts, especially in the Middle East.

These are all welcome measures, necessary in the modern world. But the spending needs to be matched by increased data analysis expertise among those charged with enforcing Australia’s laws. The money will be used to improve ICT systems, and in hiring data analytics experts and in training staff in government agencies to improve their skills in these areas.

These deep analytic tools are critical to identifying these people before they leave home to train to fight – a decision that can have terrible consequences for the individuals and their families once they leave Australia, as recent events show.

Clearly, cyber security is an increasingly important issue. Treasurer Joe Hockey’s Budget speech was the first to acknowledge in detail the changing nature of challenges facing Australian law enforcement and intelligence agencies as the battle crime and terrorism online.

Investigations of these activities by law enforcement and intelligence services now involves far more time and effort online, requiring specialised tools and techniques such as data analytics and decryption. These advanced data management capabilities are not easy, and to be effective they do not come cheap. Hence the substantial budget allocations for resources to address them – the 2015 budget reflects a new reality.

In an increasingly online world, law enforcement and intelligence operations are becoming very much a data analytics challenge – what in the business world is often called market intelligence. And just as in business, the better the data analytics capability, the more effective the organisation.

Online financial crimes pose a serious threat to Australia’s national security and to the integrity of Australia’s economy, regulatory frameworks, financial markets and revenue collection. The new measures outlined in the 2015 budget provide funding for investigations and prosecutions that address superannuation and investment fraud, identity crime and tax evasion, and terrorism.

But we at Wynyard Group believe there is a potentially very serious problem with this increased expenditure. There is so much data, from so many different sources, that analysis and making the necessary connections is a very difficult task, requiring substantial effort and expertise.

Washing through great stores of digital information to make connections between seemingly unconnected pieces of data – or to detect anomalous relationships in a sea of mundane information – takes serious computational effort and analytical ability.

Ensuring the money allocated in the budget is spent in a way that ensures Australia’s government agencies most efficiently acquire these skills is a major challenge. Criminals and extremist groups are using increasingly sophisticated technology to support their activities.

As governments and law enforcement agencies respond, they must significantly upgrade their own technical capabilities to meet the challenges. How they do this will most likely be the biggest challenge of all.

Craig Richardson is chief executive officer of Wynyard Group, a developer of crime fighting software used in investigations and intelligence operations by government agencies and financial organisations. Wynyard Group plans to list on the ASX later in 2015.