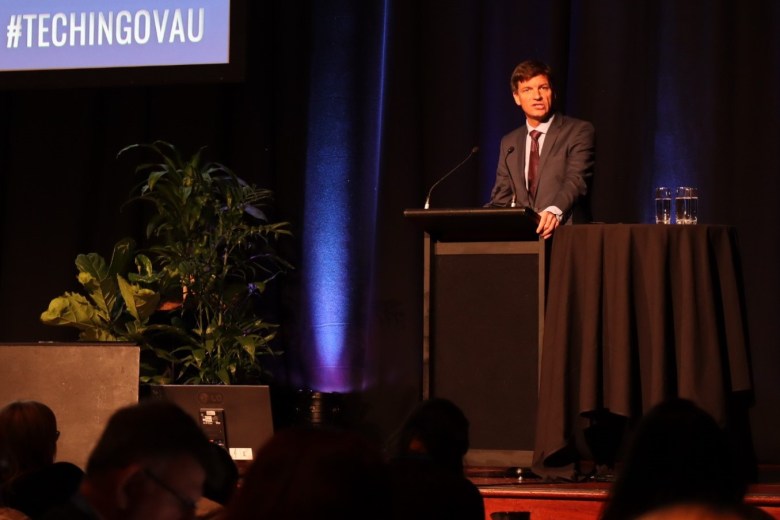 Threat blocking, data sharing, an insurance market that “recognises investment in security” and awareness campaigns are all part of an updated cyber agenda being developed by the Commonwealth.

Minister for Law Enforcement and Cyber Security Angus Taylor says the agenda will focus on a “national cyber defence network” that “raises the bar across the Australian economy and beyond.”

The core elements will include a framework “for strong attribution and response to cyber-attacks”, increased data sharing of threats, and a strong emphasis on data security and encryption.

Minister Taylor told the Technology in Government Conference on Tuesday that threat blocking would involve blocking malicious domains, as opposed to an internet filter.

“Fundamentally that requires the unified efforts of our telcos, power providers, data centres and core software platforms,” he said in an address that focused heavily on the need for greater collaboration with government and public and private partners.

“It’s my intention to develop this model within the government as an exemplar and then roll out across our key partners,” he said.

A coordinated process between defence, law enforcement, government agencies and the private sector was required, he said. “We need a common threat picture, a known target list, and a set of priorities that best meet particular capabilities of each member.”

The Commonwealth had “constantly evolved” the 2016 Cyber Security Strategy and had identified three priorities it would focus on in the coming months, Minister Taylor said.

These include implementing clear standards and expectations for security agencies and departments; developing a layered defence infrastructure; and a new focus on procurement.

Discussing Australia’s cyber defence more broadly, whether to take “an isolationist policy versus a forward-leaning interventionist one”, Minister Taylor said the country’s cyber defence “must be one of forward defence.”

“We can’t expect to hide behind our firewalls and gateways in some kind of glorious isolation and hope the threat will pass, we have to build a system that’s active, outward looking and collaboration,” he said.

He stressed that collaboration would be with partners and “most importantly with the private sector”.

Minister Taylor touted the success of increased collaboration across government agencies and departments, pointing to the new home affairs portfolio and the Australian Cyber Secruity Centre.

“Indeed there hasn’t been a single program, update, threat report or incident response in my eight months in this job that was handled by one agency acting alone. The agencies of Federal Government need to be integrated and working together in a way they never have before and that’s what’s starting to happen.”

Nonetheless, he acknowledged that “nefarious activity” was on the rise, “including serious attacks on our most important institutions.”

“Hostile cyber activity will only continue to become more prevalent, for criminals and other adversaries the cost-benefit of cyber activity has only improved, the return on criminality has improved.”

Repeating his previously announced aim to achieve zero attacks, Minister Taylor said that while the frontline “gateways” of Australia’s cyber defences were sifting through billions of cyber-attacks every day, “we’re not stopping every attack.”