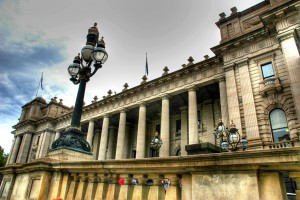 Amalgamating frontline government services used to be fraught with political risk, but these days state governments of all creeds just can’t seem to get enough of digitally powered one-stop-shops.

The recently elected Daniel Andrews government in Victoria has become the latest state administration to create a state-wide service delivery organisation, a move it promises will spare its citizens the legwork of trotting between different agency offices and navigating dozens of disjointed websites to complete routing transactions.

Dubbed Service Victoria and announced by Special Minister of State, Gavin Jennings, in the state budget on Tuesday, the move has attracted $15 “million to commence planning and development” to create the new organisation.

If the idea has a very familiar ring to it, that’s because Service New South Wales, created in 2013, has been strongly promoting its own success story in radically improving online transactions and face to face interactions with government so that they are on par with the best performers in the private sector.

Normally government agencies anticipate pushback from customers wary about cuts to services, but Service NSW’s swift and radical departure from the bureaucratic status quo of long queues at slow-moving offices has proven a hands down winner with the public grateful for not having its time wasted.

At the heart of the reformist push in services is an imperative driven from the top level of government to put almost all consumer interactions in one convenient online location and enable government shopfronts to deliver services from multiple agencies.

Victoria isn’t shy about applying the same idea, even if a new Labor government won’t acknowledge the clear success of their opposites across the border. Even so, the message is clear.

“We don’t need almost a thousand different websites and hotlines for things like car registration and birth certificates. Service Victoria will get rid of the inefficiencies that are currently wasting time for families and businesses,” Victorian Special Minister of State, Gavin Jennings, boomed in  Budget statement.

According to Budget papers Service Victoria will “start the process of modernising the delivery of the highest volume government transactions” to improve the quality and reliability of interactions and transactions.

The Daniels government estimates that it has 538 different websites (it could be more) that the Budget papers say are “are excessively difficult to navigate” along with “transactions and information spread across hundreds of phone hotlines.”

The Victorian Budget also revealed a financial commitment of $15.9 million through the creation of the “Office of the Public Access Counsellor” to expose a raft of information to the public that the Andrews government claims was previously “hidden from view”.

“The new, independent Office will maintain all existing powers of the Freedom Of Information Commissioner, and will gain the authority to review Departmental and Ministerial decisions, including those on the grounds of Cabinet-in-Confidence,” the Budget papers said.

A further $2 million has been allocated to “reforming the public service to provide efficient and innovative policy development and service delivery to meet new challenges”. That money will be spent on improving “the effectiveness and capabilities of the public service through the work of the Victorian Public Service Commission (VSPC) in 2015-16.”