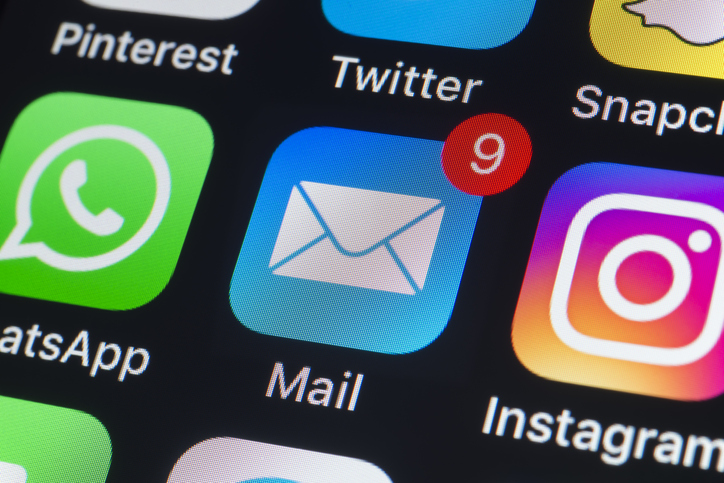 A parliamentary committee wants clarification on record-keeping obligations regardless of the technology or method used to create the record.

A Parliamentary Inquiry by the Joint Committee of Public Accounts and Audit has found that many Australian government agencies are not managing resources effectively, and that this is exacerbated by failure to capture enough information, especially from modern platforms, writes Rachael Greaves.

It recommends that laws be strengthened, audits of government culture be undertaken, and that the National Archives in particular reviews how its whole-of-government policy for records management can actually be properly implemented, monitored, and evaluated.

But will this mandate succeed, if it requires even more manual steps from a group of workers who are embracing new, fast, technology like social media and messaging apps?

The view from the top

This Inquiry follows on from Auditor-General Report 11 (2019-20), which found that the National Archives of Australia (NAA) had been largely ineffective in monitoring, assisting, and encouraging Commonwealth entities to meet the targets of the Digital Continuity 2020 (DC2020) policy. That Policy was then succeeded by the current Building Trust in the Public Record policy, which came into effect in January 2021.

But it seems the Joint Committee is concerned the new policy could be beset with the same performance challenges as the last. It noted that the draft monitoring and evaluation plan for the Building Trust policy, with performance measures and measures of success, was not yet complete as of April 2022. It recommended NAA report back on a risk management plan, a monitoring and evaluation plan, and an assurance plan for the Building Trust policy.

The Inquiry also wants legislation to provide “clarification on record-keeping obligations when creating records that are the property of the Commonwealth (those with the relevant characteristics of official documents and decisions) – regardless of the technology and method used to create the record”.

Social media and other uncontrolled records

The NAA is quite clear that evidence of business needs to be recorded by government agencies, but that increasingly, actions and decisions are captured in SMS, WhatsApp, or social media for example. These types of records cannot be effectively preserved or accessed in the future, and the NAA is currently recommending that they be saved as screenshots into a platform controlled by the agency.

However, the NAA notes that there are no penalties under the Archives Act for not creating Commonwealth records – only for destroying or altering them after they have been created. While the Inquiry does emphasise that the Public Service Act and the PGPA Act do indirectly confer obligations to create accurate records, it has asked the Attorney-General’s Department to report back on how the relevant information management and archives legislation provides clarification on record-keeping obligations, regardless of technology and method.

The report enjoins that “when a record is created for the conduct of official government business—including through social media platforms and (encrypted) messaging apps—it must be duly incorporated into an approved government information management system as a Commonwealth record”.

As part of the scope, the Inquiry did a deep dive into the Department of Infrastructure’s Leppington Triangle purchase. This land was purchased by the government for $30M, despite being valued at around a tenth of that sum. The report states of the potential conflicts:

“Infrastructure noted that the ‘two informal meetings’ were attended by ‘the one officer’ —departmental records indicated that these meetings were arranged by email. Asked whether, given the absence of records, it had sought to establish what was discussed at these meetings, Infrastructure’s COO Pip Spence confirmed her ‘understanding’ that the same officer attended both meetings, responded: ‘we’ve gone through our records and, obviously, as part of the various investigations underway, whatever extra material we can find … it’s a clear issue that we are working through to improve the way in which we record outcomes of meetings, whether they’re formal or informal’.

It seems the issue we face with failure to capture records is likely not a product of changing technology. People have just never captured records that didn’t capture themselves. We tend to not record details of meetings or phone calls – or group chats or posts. We haven’t before, even prior to the advent of Web 2.0. We probably won’t start now.

Sometimes this is because of a culture issue, which the Additional Notes by Julian Hill MP in the report colourfully describes as a ‘Government addicted to secrecy’. And using end-to-end encrypted platforms like WhatsApp doesn’t help that perception. But more often, it’s because we just don’t have time. David Fricker, the Director-General of the NAA at the time of the Inquiry, stated that NAA were trying to “instil this culture, not record keeping you do as something on a Friday afternoon when you’ve finished all your other work but as a natural by-product of your official conduct”.

Recommending that we ask employees to stop, screenshot, and save during the course of their day does not create a natural by-product. With Artificial Intelligence, we now have the technology to automatically manage accessible records, in their source systems, in full compliance with the current laws, without placing an impost on the people creating them. This capability is already in place across a large range of government departments in Australia, and will most likely make any updated regulations redundant by the time they are implemented. The laws won’t need to catch up to the technology, because the technology has already caught up to the laws.

*Rachael Greaves is CEO and Co-Founder of Castlepoint Systems

One thought on “Managing records effectively in the digital age”