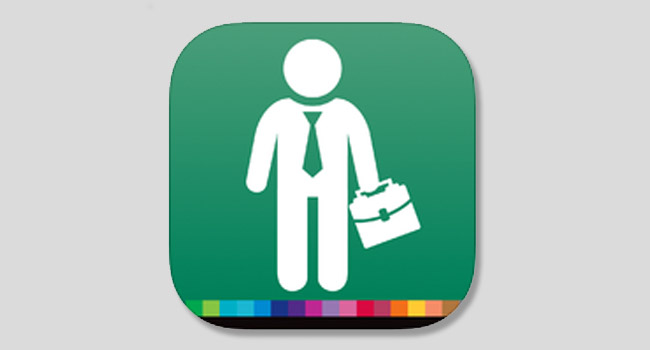 The Express Plus app, which comes in several formats including one for job seekers, families on benefits, parents entitled to child support, students and Medicare clients has attracted overwhelmingly negative reviews on Android’s Google Play and Apple’s App Store. The most poorly rated of the lot were Express Plus Medicare and Express Plus Jobseekers.

The most common criticisms levelled at DHS were apps failing to load, screens crashing, users being kicked out, baffling error messages, log-in problems, frequent demands to reset passwords or pins, being unable to report changes in income or circumstances and difficulties uploading and sending photographs of documents.

The Medicare app, whose has features include lodging a claim and ordering a new Medicare card, received the lowest user rating from iPhone owners, who collectively gave it a paltry 1.5 stars out of five.

One user exclaimed: “I can’t actually believe how bad this app is. Loads a blank page most of the time. I have no idea if my claim went through. It is unbelievably frustrating when I have to go to Medicare because this app doesn’t work and they tell me to get the app and are promoting a myGov account everywhere in the office. Useless!”

One user said Express Plus was “an example of how not to do an app: slow, illogically placed icons, poor overall design. To top it off it seems to load a blank screen 99 per cent of the time, rendering it entirely useless”.

Other users bluntly branded Express Plus “a time-wasting turd of an app” … and worse.

App users said it had been “extremely buggy” for many months and asked that it be fixed.

While some users ended up frustrated and angry after using Express Plus, the fallout was more serious for some users grappling with the Job Seeker app.

A few job seekers said that their payments were cut after they had problems reporting changes in income or circumstances or being unable to send documents they had photographed or attach files.

Users have complained of bugs in the app that tell users they are too early to report but then too late, with no window where they are actually able to use this function.

One said: “Don’t trust this app. You need to check the website to be sure. You could end up cut off if you’re not careful.”

This is exactly what one unlucky job seeker claimed had happened to them.

“This app has cost me the last four Centrelink payments because of not being able to report and missing out on payments until they work it all out after going down there and waiting in line for ages (cuz everyone else is there for the same reason) or being on the phone on hold for over an hour and a half. Got the app for free – ended up costing me a job and over $200. Not happy.”

Another said: “I now have not been paid because the docs didn’t upload. Thanks Centrelink. Worst app ever.”

Clients struggling with Centrelink and Medicare mobile apps on their phones spells extra trouble for DHS frontline staff too, many of whom have to deal with the fallout when people come into the office to complain.

One disenchanted user said: “I was in Centrelink and they told me to just use this app to upload a file. Didn’t work. Redid upload six more times. Still doesn’t work. Useless as always.”

Another felt the app was being used by Centrelink staff to avoid serving customers.

“Got told to use app to submit documents because it was near closing time and nobody wanted to do it. Surprise, surprise it won’t let me.”

It’s a worrying situation for the massive government department which has recently lost its senior innovation strategist and has a huge and complex task on its hands.

Senior bureaucrat Ben Rimmer, who was leading the MyGov digital strategy up until January left his job to become CEO of the City of Melbourne and there is no sign of a replacement in sight.

But DHS General Manager Hank Jorgen said that this did not reflect reality.

“It is completely incorrect to suggest there is no oversight of the department’s digital direction following recent organisational changes. Senior Executives in the department have individual carriage of different aspects of work relating to digital strategy and our online presence. This is an ongoing focus and has always remained a priority.”

But DHS can take heart that its app does have some fans.

One Express Plus job seeker said:  “Love that I can do all my business quickly and easily without having to leave the comfort of home, especially fortnightly forms or to check email or appointment times on the run. Either way, it’s great.”

Another happy camper said: “After thirty mins trying to link our myGov account and Medicare account to get our daughter’s immunisation records for school I remembered I had the app set up. Ran it, got the records printed in under a minute. Awesome.”

Many apps users praised the concept behind the app but not the execution: “Fantastic idea – [I] just need it to work.”

Another opined: “The thought is there but this is just badly executed’.

Government News spoke to Danny Gorog, Director of mobile app design company Outware Mobile to get his take on Express Plus. He could not get the Express Plus app to work properly.

“It’s pretty disappointing, actually. This is a key service from the government and I would have thought that they would put a bit more effort into it. I’m concerned to think how much taxpayer money has been spent,” Mr Gorog said.

He said the app did not conform to Apple or Google’s design guidelines, for example on areas such as menu design or navigation.

“It’s got its own random interface that not many people will be familiar with. Unfortunately it doesn’t look like DHS have consulted the guidelines at all.”

His criticised the app for not providing log-in information or indicating how to get a user name and password (tip: you have to do this first via the MyGov website) and providing no description for the button to enter the app.

“When I try to load the app it gets stuck on this process screen that doesn’t seem to resolve. It is basically unusable, which is very disappointing,” he said.

“DHS have a great opportunity; if they can get this app into a position where it works really well they’re driving through self-service behaviour through the app.

“They’re spending a lot of money building a retail network (but) self service seems to be the right model. You can only provide self service if the tools that you give people are usable. You have got to invest in it.”

Mr Gorog said the app shouldn’t just be developed and then forgotten about.

“If you’re going to have an app out there, fix it and make sure it works. Someone needs to take responsibility for an app and it’s generally the person who created the app.”

Perhaps an Express Plus Centrelink customer put it most succinctly: “Centrelink don’t run before you can walk! Don’t deliver a half-finished, non-working product to your customers!”

The Department of Human Services was contacted for comment on the user comments and said it will respond shortly.

39 thoughts on ““This app is crap”: Centrelink and Medicare clients let fly over bugs”