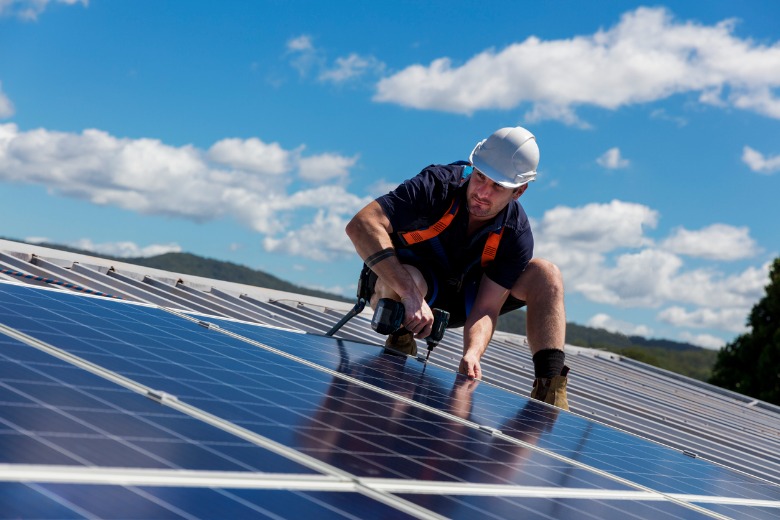 State and local governments are investing in getting schools to go solar.

Tasmania plans to provide all schools with solar arrays under a state government renewable energy program, with work set to start on the first tranche of schools early next year.

The $5 million program aims to install solar panels in more than 100 Tasmanian schools over the next four years, with savings reinvested to extend the program to all schools across the state.

Schools with the highest energy consumption are being targeted in the first stage.

The government outlined its solar schools vision before the May election, saying savings in energy bills would make the program self-sustaining.

Savings will be re-invested into a Renewable Energy Schools Fund until solar has been rolled out in all government schools.

“The savings generated from the installation of solar panels at our school sites will be captured and reinvested to fund further installations and sustainability improvements,” education minister Sarah Courtney said.

Schools a good target for solar

In 2008 the commonwealth launched a national solar schools program (NSSP) which gave primary and secondary schools the opportunity to apply for grants of up to $50 000 to install solar and other renewable power systems.

That followed a commitment made by the ALP in the lead up to the 2007 Federal election to establish a National Solar Schools Plan (NSSP) to make Austtralia’s 9,5000 schools solar within eight years.

The program became so oversubscribed that the government was forced to shelve it in 2009 and reintroduce it as a competitive, merit-based grants program the following year.

By the time the program wound up in 2013 over $217 million had been provided to 5,310 schools to install renewable energy systems, rainwater tanks and a range energy efficiency measures, the government said.

A 2012 report by the national audit office said despite some shortcomings in program design, the initiative had some benefits.

It also made a small contribution to the growth of the renewable energy industry.

Local government gets on board

Other states and local governments have also jumped on the solar schools bandwagon.

The fund, another election commitment, will provide grants to public schools for the installation of new technologies that will reduce energy costs and lower carbon emissions, including rooftop solar systems and virtual power plants.

The NSW government is piloting a program to explore the potential for schools to use solar PV panels and batteries to generate electricity for themselves and create enough to supply electricity to the state’s energy grid.

The government estimates the 25 schools involved in the project will save $300,000 in power bills that can go back into education, with any unused power feeding back into the grid.

Also in NSW, Solar my School is a free council initiative founded by an alliance of councils in Sydney’s east with the objective of powering more than 90 per cent of eastern suburbs schools with clean, locally produced energy.

The program, which is open to government and non-government schools, offers independent advice and support including a solar feasibility report, help getting funding and guidance with installation.

Solar my School was jointly founded by Randwick, Waverley and Woollahra Councils in 2016, and now is licensed to other councils.