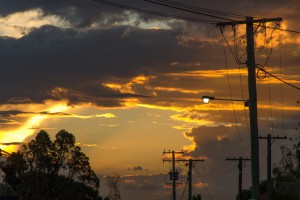 State governments in Australia are powering ahead with moves to plug retail customers into new household solar batteries that can save both money and carbon emissions, despite getting the cold shoulder from Canberra.

Queensland’s state-owned power retailer Ergon Energy has revealed it will trial solar batteries in 33 homes in the state as part of a deal with US firm Sunverge, a major step forward for a sector that has often been criticised for slugging customers with big bills while still clinging on to expensive and dirty ways of generating energy.

The Queensland Government-backed trial is important because it sets a strong precedent that energy retailers are prepared to innovate so they can ultimately lower their own costs, increase profits and pass savings on to consumers.

A major problem for power companies is that as their costs and prices increase, consumers lower their consumption and erode network efficiency and economies of scale. Batteries could help fix that.

Queensland’s Energy Minister Mark Bailey is understandably enthusiastic about the battery farming project given the sunshine state already has one of the world’s highest per capita uptake of solar energy with more than 400,000 residential solar rooftops.

Queensland has also put up a stated renewable energy target of one million solar rooftops by 2020.

Sunverge, which is listed on the Nasdaq and backed by Total, Siemens, Southern Cross Venture Partners, SB China Capital and Kokam will also set up an office in Brisbane’s Fortitude Valley making Queensland the beachhead for further Australian expansion.

While many home and industrial solar battery combinations to date have essentially been private undertakings aimed at cutting power bills, Ergon’s trial will deliver batteries owned, operated and maintained by the retailer to bigger houses that are the biggest power hogs.

That makes it the equivalent of battery-as-a-service.

“From September, households involved in the trial with four or more bedrooms will be part of the innovative residential Hybrid Energy Service in Townsville and Cannonvale, along with Toowoomba.”

The battery units being rolled out consist of a 4.9kW SunPower photovoltaic array coupled with a 12kWh/5kW Sunverge battery storage and control system that will be installed at each trial site.

Ergon Energy Retail is stumping up $2.2 million for the trial, while the Australian Renewable Energy Agency (ARENA) is chipping in $400,000 “to explore a new approach for providing solar PV and battery storage systems to residential customers.”

And although renewable energy remains politically polarised, there is intense interest from big businesses in the energy sector in how they can potentially cut their own costs of generating power and deliver much bigger and cleaner profits to shareholders.

One real potential advantage of distributed solar harvesting coupled with connected battery-backed networks is that after an initial capital outlay, input costs fall because less fuel – whether its coal or gas ¬– needs to be extracted and burned.

Ken Munson, the co-founder and CEO of Sunverge Energy, is calling Australia “a global leader in transforming the energy industry.”

“With Sunverge SIS, utilities can deploy and collectively manage distributed renewable assets for improved grid efficiency and resiliency. We’re honored to be chosen by Ergon Energy to bring the social, environmental and financial benefits of solar storage to Queensland residents,” Mr Munson said.

One thought on “QLD Government buys into domestic solar batteries”