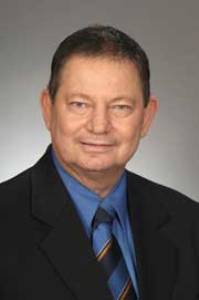 Queensland Minister for Main Roads and Local Government Warren Pitt said he will not stand in the next election.

Queensland Minister for Main Roads and Local Government Warren Pitt has announced that he will not contest the next State election.

Pitt said his retirement from politics would refresh the Bligh Government ministry and allow him to spend more time with his family following his long battle with non-Hodgkin’s lymphoma.

“I have successfully fought a battle against serious illness over the last several years. I am now in full remission, something for which I believe I owe much to the unending support of my family and friends,” he said in a statement.

“I have come to the decision that it is now an appropriate time for me to return some of that support to my family by withdrawing from politics.

“The Bligh Labor Government is a good government, with talented Ministers, which has achieved much over the last 18-months.

“However, I also firmly believe that the government has a pool of very talented backbenchers who are now ready to step up and make significant contributions at the ministerial level.”

Pitt was first elected to State Parliament in 1989 and served as the Member for Mulgrave in Far North Queensland for six years.

He was re-elected in 1998 and again in 2006. He held a number of portfolios including Business, Industry and Regional Development, Communities, Disability Services, and Seniors.

Following the resignation of Premier Peter Beattie in September 2007, Pitt was appointed Minister for Main Roads and Local Government.

As the Minister for Local Government, Pitt oversaw the State Government’s controversial council amalgamations which reduced the number of councils from 157 to 73.

Pitt said the introduction of the Local Government Bill was one of his most proudest achievements.

"Warren’s great contributions as Minister for our sphere of government were in developing the new Local Government Bill which is currently before the parliament and in traveling the state to meet with all of the newly amalgamated councils," Cr Bell told GovernmentNews.

“He’s a real FNQ champion and we will miss him,” she said in a statement.

“His efforts as a Minister and especially for representing the Far North and rural and regional Queensland have to be admired.”

Pitt is the eighth MP within the Bligh Governement to not contest the next election, which is due in September.

Earlier this week, Speaker of the Legislative Assembly and Member for Townsville, Mike Reynolds, and Member for Greenslopes, Gary Fenlon, announced that they would not stand for re-election.